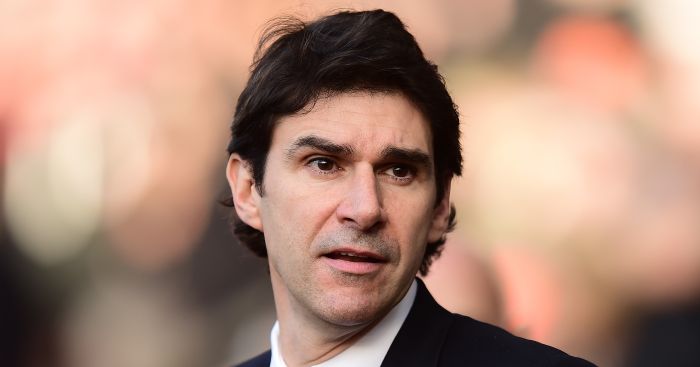 The Spaniard replaces Mark Warburton, who was sacked at the end of last month, and takes over with Forest 14th in the Sky Bet Championship.

“We are very pleased to have reached terms with Aitor Karanka to become the manager of Nottingham Forest,” said chairman Nicholas Randall QC on the club’s website.

“He is an exceptional candidate who fully subscribes to the vision of the club’s owners and board for the future of the club.”

Warburton was sacked on December 31 after less than nine months in charge following a 1-0 home defeat to struggling Sunderland – a 14th league loss of the season.

Academy boss Gary Brazil oversaw the goalless draw at Leeds on New Year’s Day, and Sunday’s 4-2 victory against Arsenal in the FA Cup third round was his last match as interim manager.

“I want to thank Gary Brazil, his staff and the players for their professionalism and loyalty in the last few days,” said Randall.

“In particular, the performance against Arsenal was truly outstanding and shows the potential of this fantastic club.”

Karanka has been out of work since he was sacked by Middlesbrough in March as the club unsuccessfully battled against relegation from the Premier League.

It was the 44-year-old who got Boro back into the top flight during his three-and-a-half-year stay on Teesside and it is those Championship promotion credentials which have appealed to Forest’s Greek owner Evangelos Marinakis.

Warbuton lost his job because the Reds were unable to keep in touch with the division’s play-off chasing teams and Karanka has been charged with a similar brief.

“Our objective is clear: we want to continue building this fantastic football club and lead it to a bright future,” added Randall.

“The wonderful supporters of the club deserve success and a return to the Premier League.

“We are all working hard off the pitch to achieve this goal and we believe that Aitor will ensure that we can get the job done on the field of play.”

Karanka worked under Jose Mourinho at Real Madrid and also coached the Spain Under-16 side prior to his arrival at Middlesbrough in 2013.