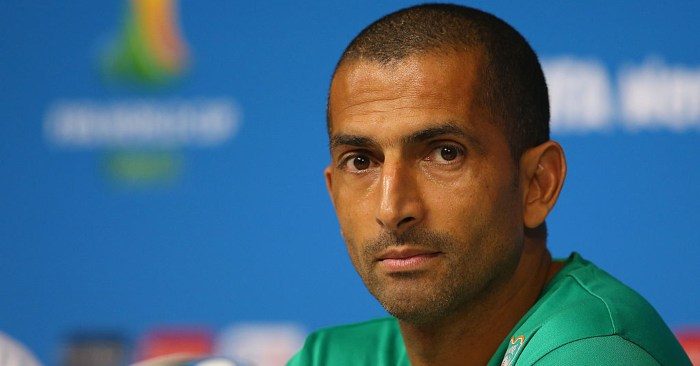 Nottingham Forest left just 18 minutes between announcing the exit of Martin O’Neill and the appointment of his successor Sabri Lamouchi.

After releasing a terse 37-minute statement on O’Neill, who left after an ‘alleged mutiny’ among the players, the club were far more effusive in a 143-word welcome message about Lamouchi.

#NFFC are delighted to announce that Sabri Lamouchi has been appointed as the club’s new head coach.https://t.co/ZvqVXabJwy

Here is their statement in full:

‘Nottingham Forest are delighted to announce that Sabri Lamouchi has been appointed as the club’s new head coach.

‘Lamouchi was most recently in charge of Rennes in the French top flight, taking them from the relegation places to qualify for the Europa League in 2017-18.

‘He also led the Ivory Coast to the 2014 World Cup as the top-ranked side in Africa and the quarter-finals of the 2013 African Cup of Nations, and won the Qatari Cup and reached the Asian Champions League semi-finals during his time at El Jaish SC.

‘Lamouchi also had a distinguished playing career, making over 470 appearances for clubs such as Monaco, Parma, Inter Milan and Olympique Marseille as well as appearing 12 times for the French national team.

‘The Frenchman will be assisted at Forest by six new members of staff who will support the first team.’