Home Arsenal Forgotten Arsenal man: I could have excelled under Emery 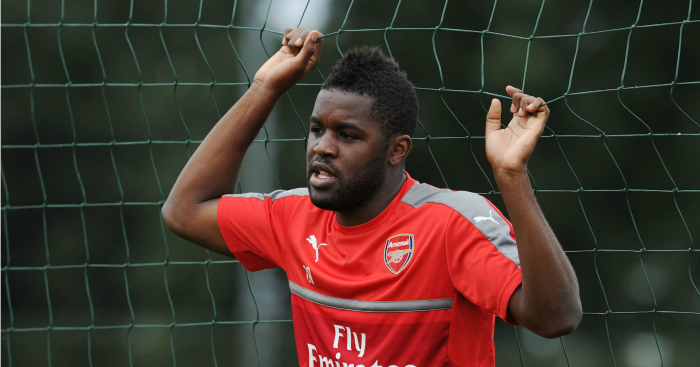 Joel Campbell feels he could have made an impact at Arsenal under Unai Emery.

Campbell left Arsenal to almost no fanfare whatsoever when he joined Frosinone to become one of Europe’s most-fouled players in the summer.

The Costa Rican forward joined the Gunners in 2011 but played just 40 times for them in seven years, having been sent on six separate loan spells.

Yet the 26-year-old is adamant he “could do well” under new manager Emery after Arsene Wenger’s departure.

“To be able to train and to play with those players was great,” he told Goal.com.

“Wenger is a fairly quiet coach, but I liked him because he was one who gave a lot of freedom to his players on the pitch: he believed in the most technical players and he tried to put them in the starting XI.

“I have no regrets because I tried to use my opportunities and I don’t think I did badly when I was called into action.

“This summer I believed I could be part of Emery’s project, I spoke with the coach and the club, I was sure that I could do well in a technical system like that of the Spanish coach but the club had different ideas.

“It was a great experience that I will never forget because English football is something gigantic.”