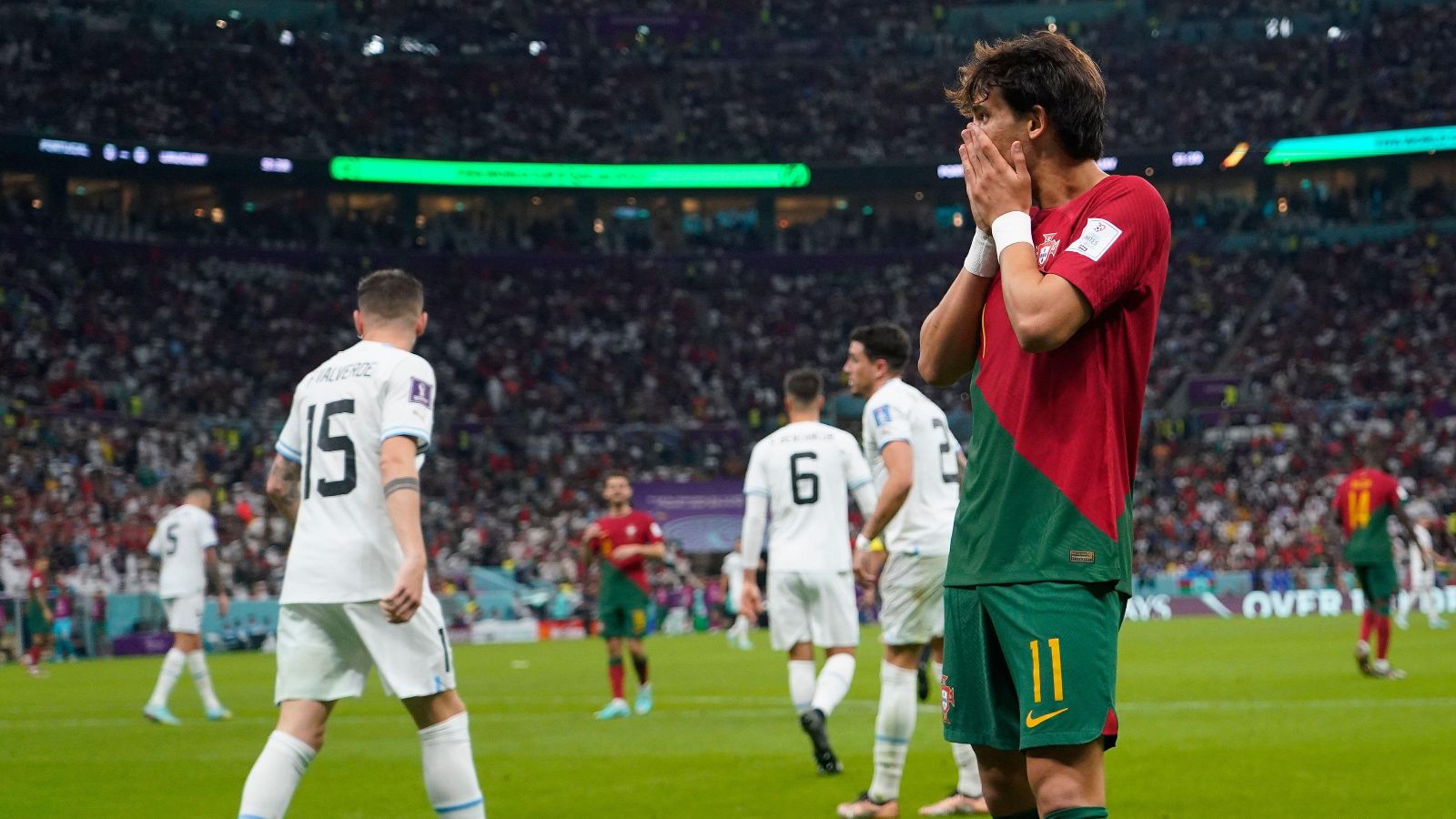 The Portugal international swapped Benfica for La Liga side Atletico Madrid in 2019 for €126m after scoring 20 goals in 46 appearances in his first season in the Eagles first team.

However, it has not quite gone as well as expected with Felix struggling to hold down a regular place in Diego Simeone’s starting XI.

He started 21 La Liga matches in his first season before that reduced to 14 in his second campaign and then 13 last term.

Felix has yet to score more than eight goals in a league season and now there are rumours that he could leave, with Man Utd one of the clubs interested in his services.

Man Utd are on the lookout for a new striker after they recently mutually agreed to terminate Cristiano Ronaldo’s contract.

A report on Friday in the Daily Mail insists that Man Utd will fight it out with Bayern Munich and Paris Saint-Germain for Felix’s signature with Atletico Madrid valuing the 23-year-old at £86m.

And former Man Utd and Uruguay striker Forlan reckons a move away from the Metropolitano Stadium could be good for the Portuguese forward.

“Joao Felix is a very good player, he is young and has a lot of quality,” Forlan said (via The Metro) after Felix played 82 minutes in Portugal’s 2-0 victory over Uruguay.

“They [Atletico] paid a lot of money for him and he has not been playing as expected, but he is still very young.

“There are reports coming out about the possibility of him leaving Atletico and, if he leaves, he could even increase his performance. I believe in that.

“It happens a lot. It happened, for example, with Philippe Coutinho, who played very little at Inter and when he went to Liverpool he improved a lot.”

Recent reports are not the first time that Felix has been linked with a move to Man Utd after the Red Devils spent part of the summer looking for an addition up front.

Responding to rumours that Man Utd had made an offer in the summer, Felix said in September: “Nothing came to me.

“The presidents deal with these things. I’m here.

“I have the feeling that I have to do everything to help the club and the team. I try to prove that and if my colleagues see me as a leader, the better. This way we are more connected and we will enjoy much more.”

READ MORE: Ronaldo ‘very tempted’ by Chelsea; Serie A side in ‘control’ despite ‘mind-boggling’ Liverpool offer