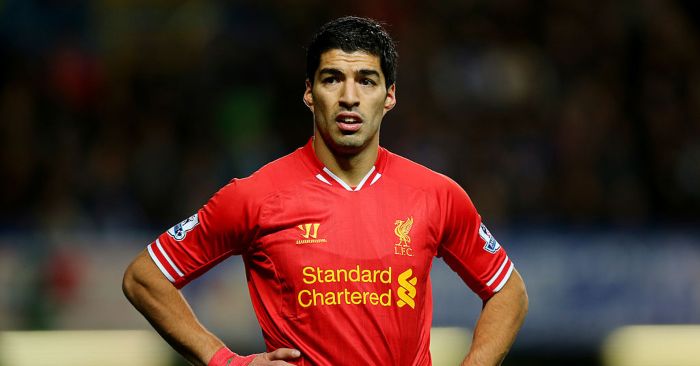 Arsenal famously bid £40m plus £1 to trigger what some mistakenly believe to be a clause in Suarez’s contract in summer 2013.

But Dick Law has explained that the clause was simply in place so that Liverpool had to inform Suarez if an offer of over £40m was made, with the Uruguayan then permitted to discuss a transfer.

Many feel Arsenal received undue criticism over the situation, and Law believes Liverpool’s “what are they smoking over there at the Emirates?” reaction was “counter-productive” as they “shot themselves in the foot”.

“That spring, news got round to us that Suarez wanted out of Liverpool,” he told Goal.

“We got information that showed us what was negotiated between Liverpool and the player, and in our internal conversations decided that the clause was meaningless, that it was not a buy-out and it didn’t obligate Liverpool to do anything apart from have a conversation.

“So, whoever agreed to that clause in the Suarez camp was being less than clever because it was never a buy-out. What there was, was an obligation to discuss a transfer if a threshold was met and that threshold was £40m.

“Now, we didn’t know if Liverpool received an offer of £40m whether they would say, ‘that’s not more than £40m’. We could have gone with £45m, but the point is we knew there was never a buy-out.

“So, it was never going to be a bid of £40m+1, it was always going to be the start of a negotiation.

“We knew that we had to exceed a certain threshold and so we decided to throw another pound on it. We could have thrown £50 or £500,000, but it wasn’t going to make any difference to the final negotiation.

“The offer was just a trigger. Liverpool wanted to make a big deal out of it and that’s fine. When they received our offer they immediately publicised it.

“I think John Henry wanted to know what we were smoking, which I thought was a bit disrespectful. It was him having a bit of a go because he was getting ready to lose his star player. It was a good way to deflect attention.

“I always thought that the move to publicise it was counter-productive.

“One of the things we were always very proud of at Arsenal was working quietly behind the scenes. Ivan, Arsene and I always worked very hard on being discreet in all transfers.

“And I thought Liverpool shot themselves in the foot by basically saying they were now forced to entertain offers because of this clause, by publicising it they just made everyone aware and eventually they lost the player.”