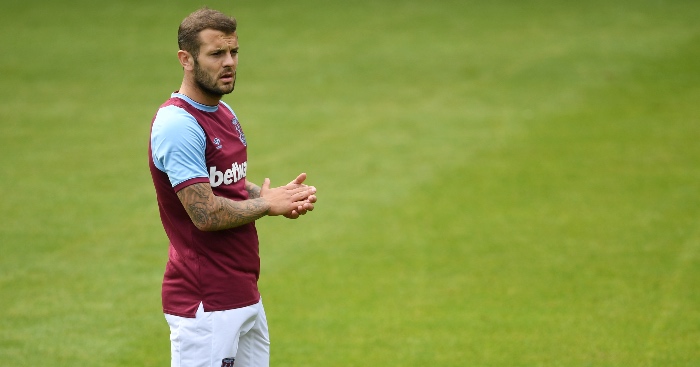 Former Arsenal man Jack Wilshere has agreed to join Bournemouth on a short term deal, according to reports.

The English midfielder has been without a club since leaving West Ham in October last year.

He began training with the Cherries recently in a bid to regain match fitness.

According to Sky Sports, Wilshere has now completed his return to football by signing with the Championship side.

He has agreed a short term deal with the club, potentially seeing him stay at the Vitality Stadium until the summer.

The player is thought to have impressed manager Jason Tindall during recent training sessions.

Wilshere is set to help Bournemouth in their attempts to gain promotion.

The Cherries currently sit third in the table on 42 points. They are fighting with the likes of Norwich and Swansea for automatic promotion to the top flight.

They were relegated last season after finishing one point from safety.

Wilshere has already made 27 appearances for Bournemouth in the 2016/17 season.

He joined on loan from Arsenal after seeing his game time reduced in North London.

The player has struggled with injuries throughout his career, limiting him to 183 Premier League appearances.

He burst onto the scene with Arsenal in 2008 as a dynamic and energetic midfielder.

Wilshere came through their academy and was seen as a future Premier League star.

He soon made his way into the national team, although injuries prevented him from gaining much form.

Wilshere left for West Ham in 2018 after making 125 appearances for Arsenal.

He failed to become a regular at the London Stadium and resultantly had his contract terminated.

Wilshere previously revealed that a transfer to Bournemouth was unlikely. Speaking to Sky Sports, he said: “I don’t think they need me. They’re flying at the moment and they have good young midfielders.”

However, it seems he has done enough to impress coaches on the south coast.