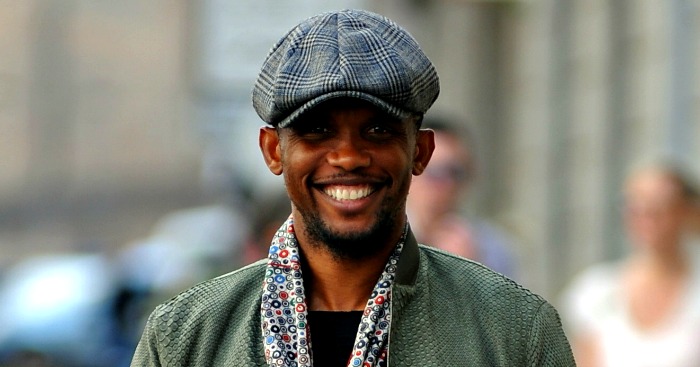 Samuel Eto’o has decided to call time on a glittering 22-year career, which included spells with Barcelona, Inter Milan, Chelsea and Everton.

The 38-year-old has represented 13 professional clubs during his career and will be best remembered for his five year spell with Barcelona, where he helped the Spanish giants to three La Liga titles and two Champions league trophies.

He joined Inter Milan in 2009 and won the treble under the guidance of Jose Mourinho, before short spells in the Premier League with Chelsea and then Everton.

In a short Instagram message on Friday night, the Cameroon legend announced that he has decided to call time on his career after leaving Qatar SC earlier this year.

He wrote: “The End. Towards a new challenge. Thank you all, big love.”

The striker also starred for his country and is regarded as one of the greatest African players of all-time.

He earned his first cap for Cameroon one day before his 16th birthday and went on to score 56 goals for his national team.

He helped his country win Olympic gold at the 2000 Games in Australia, while also starring as they won the Africa Cup of Nations on two occasions

Eto’o was voted African Player of the Year four times, a record he holds along with former Manchester City midfielder Yaya Toure.