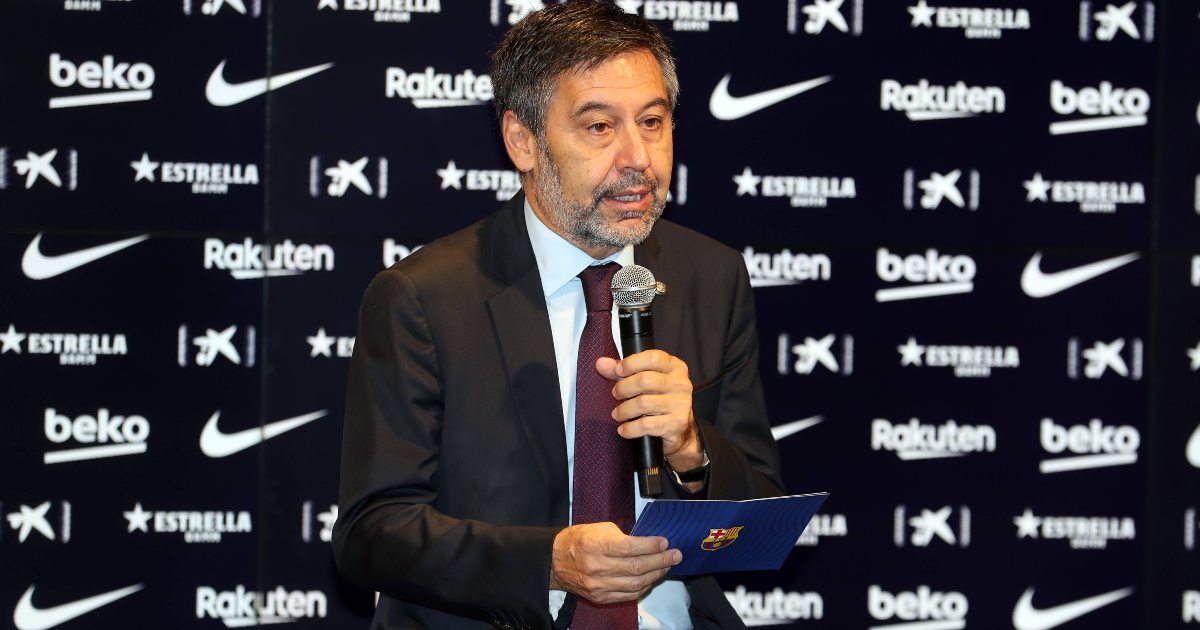 Former Barcelona president Josep Maria Bartomeu has been arrested as part of the ongoing ‘Barcagate’ investigation at the Spanish giants, according to reports.

Bartomeu took over from Sandro Rosell to become the fourteenth Barcelona president in January 2014. His predecessor was forced to step down as a result of controversy surrounding the transfer of Newmar.

After falling out of favour with fans and players, Bartomeu resigned in October 2020.

Upon leaving, he revealed that he had accepted plans for Barcelona to be a part of the European Super League. He also was involved in a high profile fallout with Lionel Messi. This led to the forward seeking a move away from the club last summer.

This comes as part of a police raid at the Nou Camp on Monday morning. These arrests are associated with the ‘Barcagate’ investigation.

This case is linked to allegations that the former president paid a third party PR company (I3) to come in and do some online work for Barcelona.

Bartomeu reportedly tasked the company with clearing up his image after he had received criticism for his treatment of some former and current players.

Barcelona and I3 have challenged these allegations. The first raid on Barcelona took place in June last year, and Bartomeu’s arrest is the latest as police continue to look into the case.