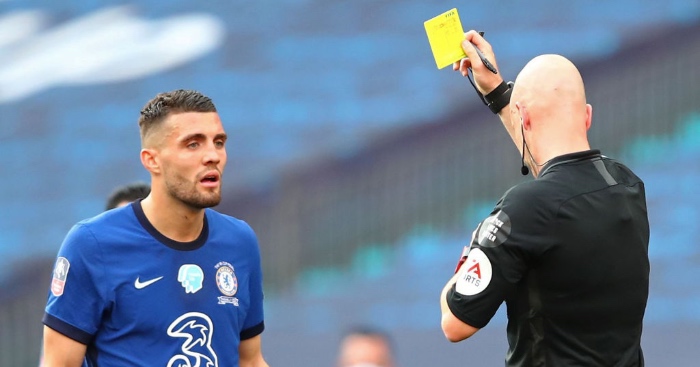 Glenn Hoddle has criticised referee Anthony Taylor after his “ridiculous” decision to send Mateo Kovacic off in Chelsea’s 2-1 defeat to Arsenal in the FA Cup final.

Pierre-Emerick Aubameyang’s brace turned the game around for Arsenal after Christian Pulisic’s early opener for the Blues.

16 Conclusions on the FA Cup final

Mateo Kovacic was shown a second yellow card midway through the second half for a tackle on Granit Xhaka, deemed to be a very harsh decision by Taylor.

And Hoddle claims “every ex professional footballer” would see that as a mistake by the referee, as Kovacic made very little – if any – contact with Xhaka.

Hoddle said: “To get sent off for that is ridiculous, it really is.

“To be sent off for that as a second offensive, the first one yes of course, but take a second to look at it.

“That is where every ex professional footballer knows it is not a second offensive to be sent off. “