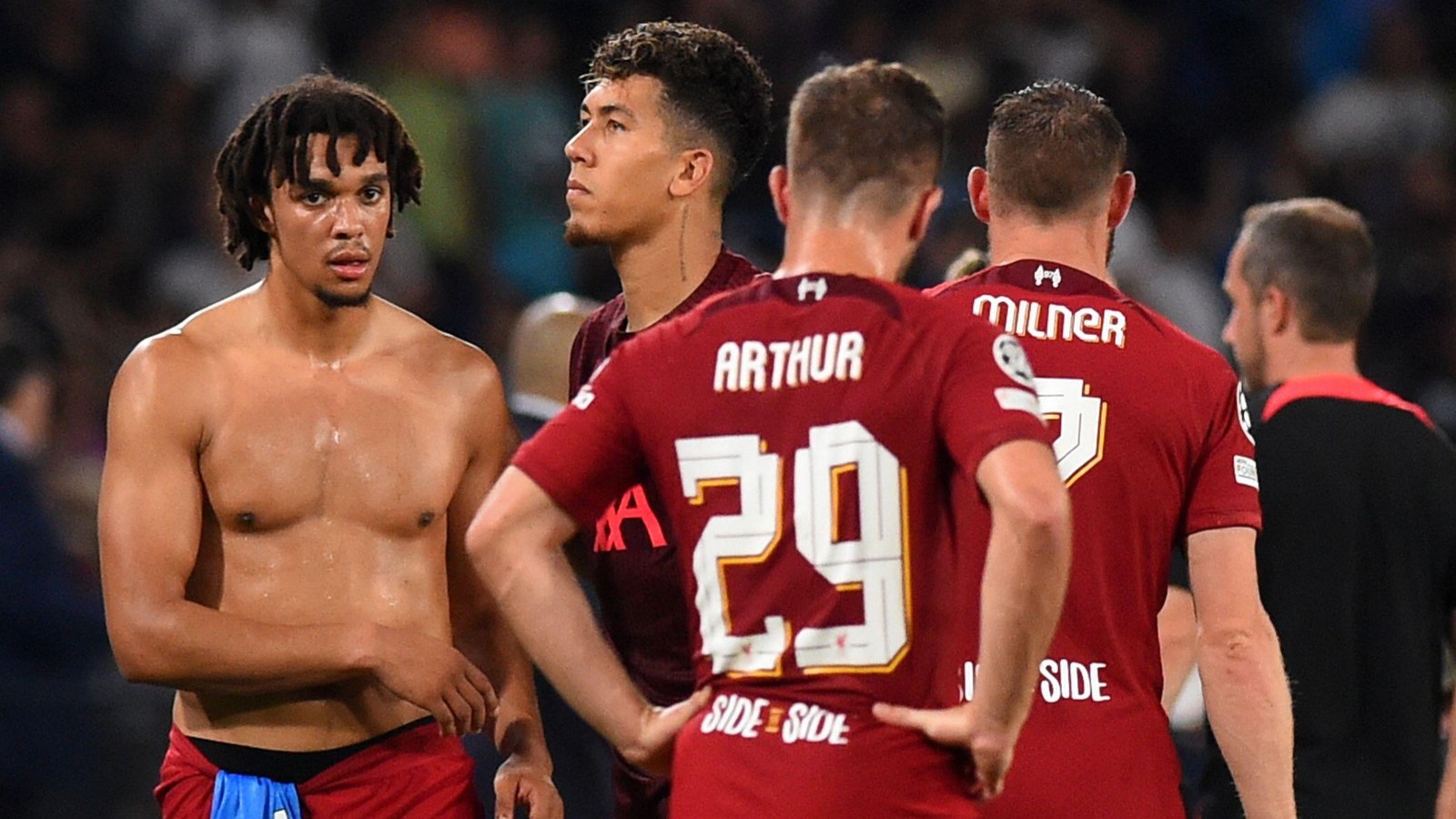 Frank Leboeuf has explained how Roberto Carlos is to blame for the mixed start to the season endured by Liverpool.

Tipped to challenge for the Premier League title again, Liverpool have instead slipped into a race to qualify for the Champions League.

The Reds are 8th in the table after six games, losing to Manchester United and drawing with Fulham, Crystal Palace and Everton.

Their relatively poor form has extended to Europe. Liverpool produced what one pundit described as “the worst half of football” under Jurgen Klopp in a 4-1 defeat to Napoli.

That defeat underlined their defensive struggles during a campaign in which Alisson has kept just two clean sheets.

Trent Alexander-Arnold has been held to account more than most for that susceptibility, the 23-year-old having “become isolated” due to a succession of midfield injuries.

But Leboeuf has given the England international no such excuse, laying into Alexander-Arnold’s defensive awareness.

“Only Klopp’s system works for him. When it doesn’t work as well as it has this season, all you see is his defensive shortcomings.

“I want to take him with me to work on the basics. I would say to him: ‘Turn your head and look behind you, it will be better already’.

“It was Roberto Carlos who deformed generations of defenders.”

The 1998 World Cup final was clearly not sufficiently violent enough for Leboeuf, who presumably agrees that Roberto Carlos was incredibly overrated.

Alexander-Arnold has publicly discussed the poor start he and Liverpool have made to the campaign.

“I would say the result felt right because it’s what we deserved, but in terms of how we played we didn’t feel right on the pitch,” he said of the chastening Napoli loss.

“We’ve had meetings, and the emphasis in training has been on our system and how we need to play, where we need to be, the movement of the ball, becoming compact, defending well.

The eternal alternative is for Klopp to just use Alexander-Arnold in a more central role, although the German did once ask: “Why make the best right-back in the world a midfielder?”