Home All The News Former coach explains how Arsenal’s Pepe is like Ronaldo, Mbappe 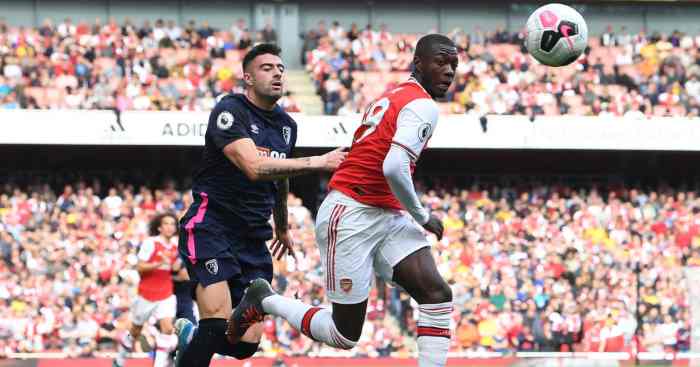 Lille sporting director Luis Campos has explained how Nicolas Pepe knows “everything about football” like Cristiano Ronaldo and Kylian Mbappe and that’s the reason he will be a success at Arsenal.

The Ivory Coast international has one goal and two assists in nine appearances in all competitions since he arrived in England from Ligue Un.

Much was expected from the 24-year-old at Arsenal after he tore the French top-flight apart last season with 22 goals and 11 assists.

However,  despite showing his ability in flashes, Pepe has failed to bring the level of performances expected of such a big-money signing.

When asked about Pepe, Campos told Sky Sports: “In my opinion one of the characteristics of a top, top player is that they like football.

“I remember working with Cristiano Ronaldo and Kylian Mbappe: they know everything about football. Mbappe knew all the results of the second division in France.

“Nicolas Pepe is like that. He’s another example of the importance of a player liking football. After a game he watches the whole game again two times, to make himself more perfect.”