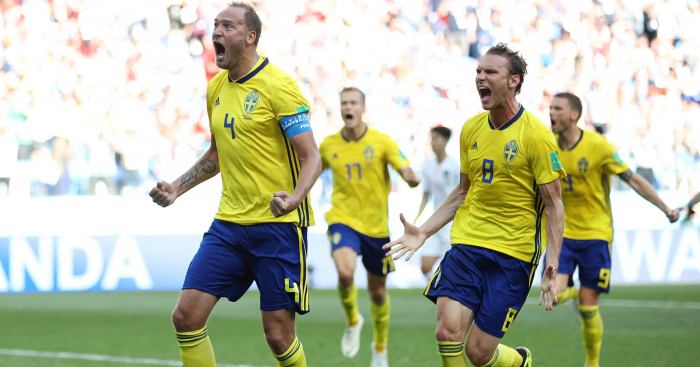 The Swedes have only conceded two goals in four games, with both coming against Germany in the group stage; they earned their place in Russia with a 1-0 aggregate win over Italy across two legs.

Meanwhile, England have struggled to create chances from open play, with seven of their nine goals coming from set-pieces and penalties.

Eriksson was the last England manager to reach a World Cup quarter-final and he told Expressen: “England will struggle to score against Sweden.

“I believe it will be a Swedish win. And as a Swede my hopes are with Sweden.

“Given how they are playing now I believe they can go all the way.

“I have yet to decide [whether to attend the game], but I might go. It will be a fantastic World Cup quarter final, a tough and hard fight between Sweden and England.”

Eriksson had earlier told Sky Sports News: “If England think they will have an easy match on Saturday, that’s a big mistake. I think it could be very difficult.

“It’s difficult for Sweden as well, but to score against them is extremely difficult.

“England have the players individually to do something special – Kane is one, Sterling is another. But when I tell you it’s difficult to beat Sweden, it’s the truth. Italy tried in the qualifiers for 180 mins and they didn’t score. Germany only scored a free kick at the end.