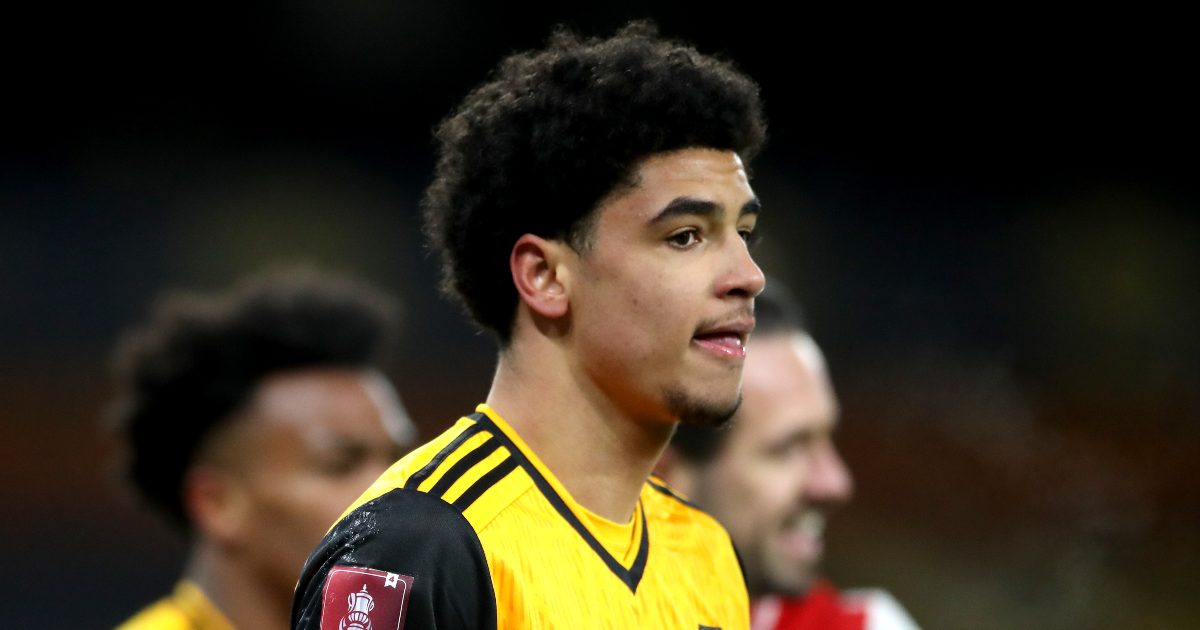 Former Liverpool youngster Ki-Jana Hoever has insisted that leaving them to join Wolves was the best decision for his career.

Fellow Premier League clubs Manchester United and Chelsea were interested in the defender but he eventually opted to join Liverpool in 2018.

Hoever was highly-respected during his time with Liverpool and he was seen as one of the brightest prospects in their academy.

The full-back made his senior debut for the Reds in the FA Cup against Wolves in January 2019. He was given a new long-term deal with the club that summer and he played three more times during the 2019/20 campaign.

The defender’s first and only goal for the club came in the Carabao Cup against MK Dons.

Last summer, Liverpool splashed out around £40m to sign Diogo Jota from Wolves. Around the same time, Hoever went the other way in a deal worth around £9m.

Wolves also signed Barcelona’s Nelson Semedo last summer, so first-team chances have been hard to come by for Hoever. But he still has been able to play 12 times for his new team this term.

The youngster told GOAL’s Neil Jones that it was not a hard choice to leave Liverpool:

“It wasn’t an easy choice, but it wasn’t that hard either.

“I knew my playing time would be more than at Liverpool, that’s why I made the decision. I thought it was the best thing for my career in the moment.

“Now of course with the injuries, you don’t know, but I don’t think like that. I just thought like, if everyone was fit, how much game time would I have?

“Liverpool have such a great team still, maybe the best back four in the world, so it was really hard for me to break through there.

“And here the idea was good. I would be really involved in the squad, really a first-team player.

“It’s basically been what I expected, but I know I can still do better than this. It’s a good first season so far.”