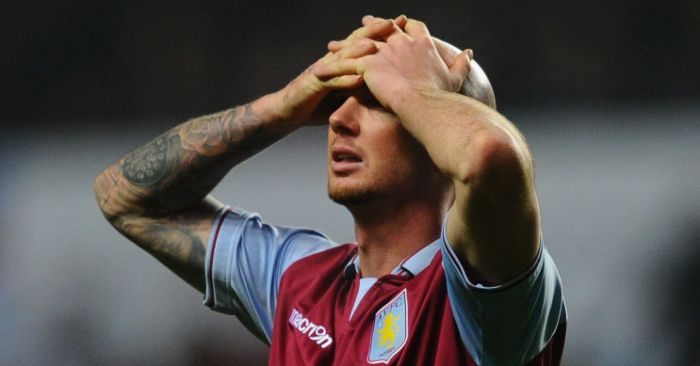 Stephen Ireland has blasted former Liverpool boss Gerard Houllier after their time together at Aston Villa.

Houllier, who was Liverpool manager from 1998 to 2004, returned to the Premier League in September 2010 with Villa as replacement for Martin O’Neill after his surprise resignation.

The Frenchman stepped down at the end of the season due to health concerns, bringing to an end a widely unpopular reign in the Midlands.

Ireland, who joined the club a month prior in part-exchange for James Milner, started just six Premier League games under Houllier before leaving for Newcastle on loan in January, and rather unsurprisingly does not hold the manager in great esteem.

“I’ve played for a few really, really horrendous managers,” he told The Athletic.

“Every team talk Gerard Houllier gave was about his time at Liverpool. He was like: ‘Come on guys, because I told Steven Gerrard and Danny Murphy this, and they went out and done this in the second half.’ I’m thinking: ‘You’re trying to get us riled up for the second half by telling us about Steven Gerrard and Danny Murphy?’ Honestly, you would see everybody giving each other the eyes.

“I didn’t think he had a clue about football. Everybody is training like maniacs to get in the team on Saturday and I remember he was four football fields away looking at the flowers and walking around with his hands behind his back. How is he picking the team on a Saturday? It’s frightening, frightening. That’s what killed me.

“He didn’t play me. He gave me bits and pieces here and there, made me play with the kids again, and I thought: ‘What the hell is going on?’ He sent me on loan to Newcastle and arghhhh… it was just like, ‘What is going on with my career?’

“On reflection I should have pulled the plug on Villa. When O’Neill left I should have jumped ship then. I wish, looking back, I had more time to think, but before you know it I was at Villa in the Villa training kit.”