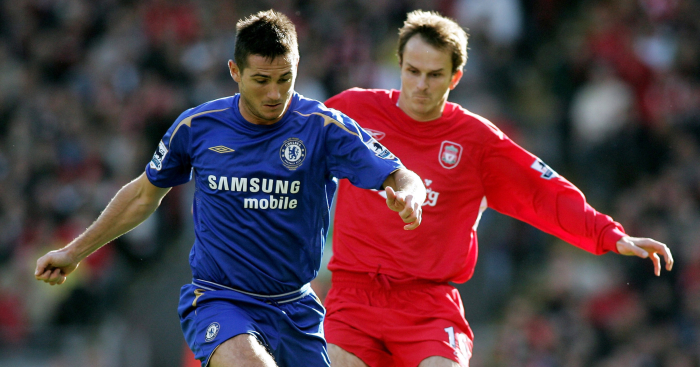 Frank Lampard “has lost the plot” over the Leeds ‘spygate’ situation, according to Dietmar Hamann.

Lampard laid into Leeds head coach Marcelo Bielsa after it was revealed that the Championship leaders had ‘spied’ on a Derby training session in the lead up to their meeting earlier this month.

The reaction since has been laughable, with calls for points deductions, a 70-minute press conference lecture, and some sensational Dean Saundersing.

But former Liverpool midfielder Hamann is having none of it. Maybe he should have a word with former teammate Steven Gerrard?

“No, of course not,” he told the Racing Post when asked whether Leeds should be punished.

“The whole thing’s ludicrous and Frank Lampard – who I have the utmost respect for – has lost the plot with his condemnation of Leeds.

“I remember when Bremen flew a drone over a Hoffenheim training session. At Melwood, when I was with Liverpool, there used to be any number of kids standing on bins behind a wall watching us train.

“How precious do football clubs think they are? Let’s get some perspective, please.”

Didi Hamann was speaking to RacingPost.com