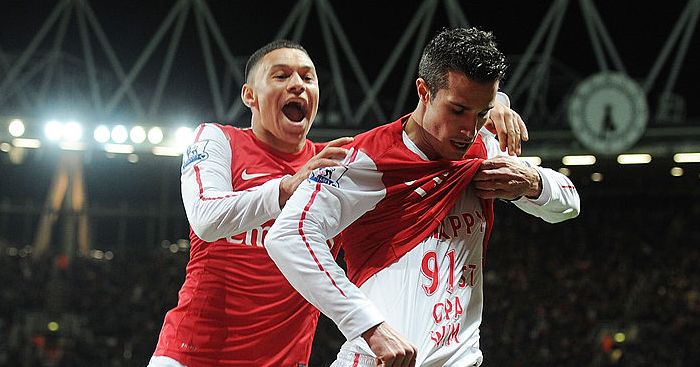 Oxlade-Chamberlain scored his first Liverpool goals since April 2018 in the 4-1 win over Genk on Wednesday.

The England international lined up in an adventurous midfield having finally overcome the long-term knee injury he suffered in this competition two seasons ago.

Robin van Persie and Rio Ferdinand, both on punditry duty, were stunned by his second goal in particular.

“The second, third and fourth goals were all amazing, especially the second,” Van Persie said to BT Sport. “It’s so beautiful.

“Most strikers don’t imagine it, eight out of 10 don’t even think about it, two who actually think about it, one of the two can’t even do it. The way he executed that goal is so beautiful.

“I’m so happy for him, I used to play with him at Arsenal, I saw that ability. He has potential to be a top player, if he can do those type of goals he can become that type of player.

“That goal is like one you will score once in your life.”

“You can tell he’s a good team-mate,” he said, “and Klopp likes him too.

“He offers something totally different to the likes of Milner, Wijnaldum, Fabinho, Henderson.

“He’s obviously a popular lad, to come back in and get a couple of goals will lift him.”