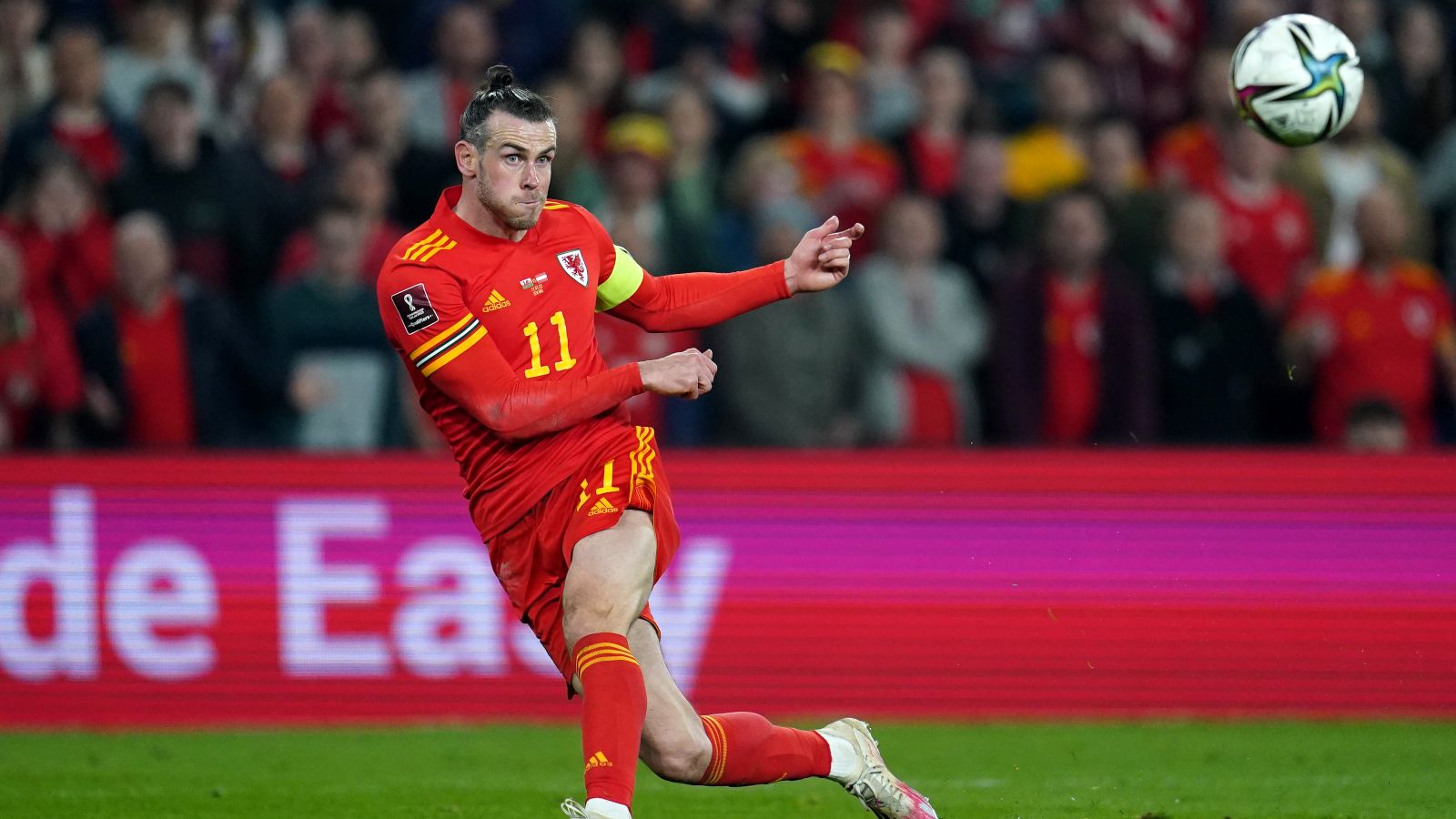 Two things everybody loves, or at least we’re going to pretend they do for our purposes here: a familiar face, and a bargain. So what better thing then than a whole team of former Premier League players who are currently, at least theoretically, available on free transfers this summer and could return to The Best League In The World for nowt…

GK: David Ospina
The former Arsenal punchline has spent the last few years repairing his reputation at Napoli and now finds himself with a decision to make. He could yet stay with the Italian side but apparently he’s also quite keen to join Real Madrid. I mean, who isn’t, but it seems his feelings for the Champions League finalists may not be completely unrequited. If neither of those things happen, though, you can absolutely imagine at least a dozen different Premier League teams bringing him in as a back-up keeper. Experienced, isn’t he? Knows the league, doesn’t he?

RB: Davide Santon
The 2012/13 Newcastle player of the year resisted all Roma’s attempts to move him on in January, preferring to see out his contract in the Italian capital. Spent the season training on his own and failing to make a single one of Jose Mourinho’s matchday squads which to be honest sounds like absolute bliss to us. Does make a Premier League return feel somewhat unlikely, but anyone who can so instantly and thoroughly fall out with Mourinho must have something going for them.

CB: Eliaquim Mangala
The former Manchester City and Everton centre-back signed a short-term deal with St Etienne in January after spending the first half of the season as a free agent after leaving Valencia. The Premier League offers didn’t exactly come flooding in then, but a year on things might have changed. Sure, St Etienne have conceded six goals once and four goals three times in his 13 games, but we’re talking about a France international centre-back on a free transfer here. That’s got to be worth a look, hasn’t it? For the purposes of this feature, the answer to that is yes. Yes it is. Shut up. It is.

Eliaquim Mangala on leaving Pep Guardiola's City for Sam Allardyce' Everton, and the differences between the 2 managing styles: pic.twitter.com/61yOGYCcM4

CB: Jose Fonte
Always comes a point in these things where you go “Should have just done ‘seven players who could return to the Premier League for free'” instead of committing yourself to Garthing your way to some sort of halfway coherent and, if we’re really lucky, interesting XI. If that comes at goalkeeper, you’re grand, you just bin it off. But we’ve got all the way to the defence here and sunk-cost fallacy means we have literally no choice but to plough on. A 38-year-old Jose Fonte has managed to be ever-present for Lille in Ligue 1 this season, but has yet to sign another contract extension having added an extra year on at the end of last year’s admittedly far more successful season. Surely there’s some bottom-half Premier League team looking for an experienced defender to shore things up and help bring through some talented academy grads?

LB: Nacho Monreal
If this team were real, it would be very, very fun to watch. Without giving too much away, it gets quite good later on but this defence is absolutely honking, isn’t it? Every game would be at least 5-4.

MF: Kevin-Prince Boateng
The former Tottenham and Portsmouth man surely wouldn’t make a Premier League return at 35, but so incongruous is his career path that you’d rule nothing out. The Spurs-to-Portsmouth bit is the only mundane bit, really, coming as it did during that late-noughties Redknapp-flavoured era when players shuttled endlessly between the two willy-nilly. Outside that his path makes for one of the best and lengthiest on Wikipedia, incorporating a bit of Genoa, some Schalke, a smidge of Sassuolo, a bit of Eintracht Frankfurt, a soupcon of Fiorentina and a surprising amount of AC Milan. Remember when he went on loan to Barcelona? It’s a heck of a career, and surely deserves one last random bit of Premier League to correct the mundanity of his transfer path when he was here the first time. A random spell with Bournemouth or some such would be just the ticket. He’s been at Hertha Berlin this season, where his main accomplishment in the Bundesliga has been picking up bookings at a rate of one every 86 minutes without a single sending-off.

MF: Luka Modric
Still an absolute genius of a player at 36, and sadly for the Premier League it appears almost certain that a player who a decade ago was named by Marca as the worst signing of the 2012/13 season and has this week been named a Marca Legend – the highest honour a player can receive from the reliably bonkers Madrid daily – will extend his time with Real having played a huge role in dragging them kicking and screaming into the Champions League final. Imagine if he doesn’t, though. Imagine if he decides to have another little crack at the Premier League. It would be lovely.

MF: Henrikh Mkhitaryan
The former Arsenal and Manchester United man has managed to patch up his differences with Mourinho from their time together at United and become unquestionably one of the Big Sulk’s key men at Roma. Their 18 months together at United ended with Mkhitaryan as makeweight in the disastrous Alexis Sanchez deal after Mourinho had been pretty free with criticism of the Armenian. Out of character that for Jose, so you know there must have been problems. Now, though, they could be about to win the Europa Conference together, and let’s not forget either that they were both at United when United last won anything. Mourinho certainly hasn’t forgotten. Anyway, contract is up this summer and despite his fine season he hasn’t yet signed the two-year one on the table. Inter, Villa and Tottenham are all sniffing around, it says here.

RW: Adnan Januzaj
Heading to Italy or staying in Spain are far likelier options for the one-time future Manchester United superstar, but returning to England with a point to prove would be fun, wouldn’t it? No. It would be awful pressure and probably ruin the career he has carefully and methodically rebuilt away from this silly country. Playing in this front three would surely be enticing enough to change his mind, but alas we must remember that this is a fictional side that doesn’t actually exist. He would end up at Everton or some such thing, the poor bastard. F*** that.

CF: Luis Suarez
The winter World Cup in Qatar is a factor for plenty of players making decisions this summer, and few more so than Suarez. Were this a normal tournament summer, then you could well imagine the 35-year-old heading back to South America or even finishing off his career in glorious semi-retirement in the US. But the World Cup being in November and December slightly changes that picture and Suarez appears determined to find a club in Europe for at least one more season. The good news for ol’ bitey is that he should have plenty of options. Obviously our favourite is that he decides to eschew your Inters and Sevillas and even according to some reports the Barcelonas of this world in favour of becoming part of Steven Gerrard’s project to get the Liverpool 2013/14 band back together at Aston Villa.

LW: Gareth Bale
But there’s surely no player whose future is more inextricably linked with the World Cup than Bale. We know for sure what he’s not doing: staying in Madrid. What he is doing is a bit more tantalising and could well hinge on whether Wales beat Scotland or Ukraine in Cardiff on June 5. If they do, then Bale will want some decent football to keep him ticking over for Qatar if nothing else. Assuming Spurs don’t go Full Spurs at Norwich this weekend then a bit of World Cup prep and another crack at the Champions League on a 12-month deal in north London for old time’s sake looks a lovely thing. His year on loan at Spurs in 20/21 was a slow burn but by the end of it he, Harry Kane and Heung-min Son were having a lovely old time and surely would do so again. If, however, Wales don’t qualify for the World Cup then Bale might decide to just knock it all on the head and spend the rest of his days on the golf course. Apparently, he is quite fond of it.