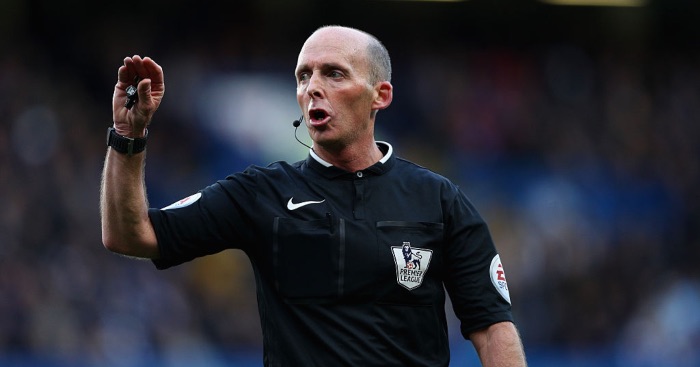 Former referee Keith Hackett feels there is “a level of arrogance” coming from Professional Game Match Officials Limited (PGMOL) and has labelled the application of VAR in the Premier League as “flawed”.

VAR has proven a considerable talking point so far in what is its debut season in the English top-flight, and not least over the last few days, during which a number of decisions have been under the spotlight.

In September, Mike Riley, the managing director of the officials body PGMOL, said four mistakes had been made by VAR in the Premier League after four rounds of matches.

Hackett, a former Premier League and FIFA referee who led the PGMOL between 2004 and 2010, said: “There’s a level of arrogance that seems to be coming out of the PGMOL at the moment, that every decision we’re making is correct.

“Let’s look at last season’s stats. Mike Riley came out and said we are 82 per cent accurate on the big decisions, which is saying literally one in five of the big decisions we are getting wrong.

“He then comes out and says we’ve had a review and we’ve only made four errors – and everybody in the game must have fell over laughing, because who is he kidding? Four errors? How many does he agree to this week that he’s made? None?

“Let’s be real – we are dealing with human beings and human beings will always make mistakes. VAR is there for us to see a game with less errors and hopefully move the decision-making process, accuracy, into the high 90 per cents. We are not achieving that, anywhere near.”

Hackett, who agrees with the view that there is a reluctance among VARs in the Premier League to overrule ‘subjective’ decisions, wants to see more use of the pitchside monitor so that on-field referees are reviewing their own calls.

“I come from a point of being very positive about the use of technology to aid refereeing decisions. I have supported VAR and I’ll continue to support VAR,” he said.

“However, putting it mildly, I think Mr Riley needs, along with others, to review how the system is operating and ask why are we doing it different to other countries, and to how it operated in the World Cup.

“Why have they decided not to use the pitchside monitor? Its been used in other competitions around the world and it’s part of the criteria of the International Football Association Board.

“Let us get the officials together and let us understand we are going to use the pitchside monitor. Let everybody be aware that it’s going to delay the process, but the outcome has to be a more accurate decision than we are getting at the moment.”

During the Sunday’s 1-1 draw between Manchester United and Liverpool at Old Trafford, the hosts’ goal from Marcus Rashford was given the green light after a VAR review, which looked at a challenge in the build-up on Divock Origi by Victor Lindelof – something Reds boss Jurgen Klopp expressed his unhappiness about afterwards.

Hackett thought it had been a foul on Origi, and said of the match’s referee Martin Atkinson: “I’m confident if he had gone to the pitchside, we would have said ‘right – he’s had a second look’ and we might (find it) more acceptable, his decision.”

Hackett feels referees and VARs are “kidding each other” and the relationship between them needs to be stronger.

He said: “This is my summary. The application of the VAR system by the PGMOL at the moment is flawed.

“Errors are not being corrected because the match referee is not reviewing the pitchside monitor to see for himself what has taken place.

“(And) there needs to be work with a sports psychologist to get over the relationship between the referee and the VAR, so the VAR has the confidence to tell his colleague ‘you’re wrong – have a look’, not this happy, patty, nicey nicey ‘yeah, I’m OK, it wasn’t a foul mate, you got it right, brilliant, well done.’ They are kidding each other.

“So that’s the second point – the relationship between the referee and the VAR, and it’s got to be stronger, firmer, and to have some form of team accountability that says ‘I want to get every decision right, I don’t want to leave anybody in any doubt.'”