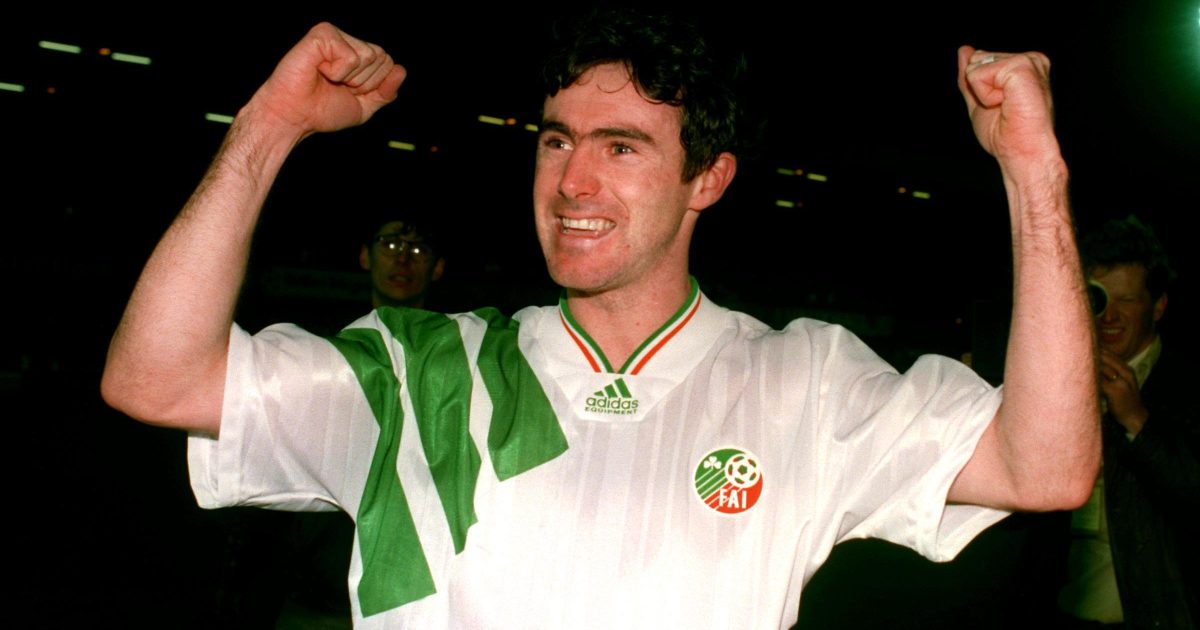 Alan McLoughlin has sadly passed away after a long battle with cancer. He scored the goal that took the Republic of Ireland to the 1994 World Cup.

The former Portsmouth midfielder revealed in March he was preparing to undergo a course of radiotherapy following surgery to remove a tumour from his vertebrae, nine years after being diagnosed with a kidney tumour.

His death was confirmed in a statement issued by the Football Association of Ireland, which offered its condolences to his wife Debbie and their daughters Abby and Megan.

It said: “The Football Association of Ireland extends our deepest sympathies to Debbie, Abby and Megan McLoughlin following the death today of our former international midfielder Alan McLoughlin at the age of 54.

“Alan had bravely faced into a second battle with cancer in recent months with his courage in adversity an example to all those who knew him and loved him.”

McLoughlin also said he was told in November 2019 that the cancer had spread to his remaining kidney, his chest wall and lung, and that he had been rushed to hospital earlier this year with a fractured neck after his vertebrae had crumbled.

The midfielder began his career as an apprentice at home-town club Manchester United, but after spells at Swindon and Southampton, it was at Portsmouth where he found a home, making more than 350 appearances in a seven-year stay.

He was capped 42 times by Ireland and wrote himself into the nation’s sporting folklore with the equaliser he scored in a World Cup qualifier against Northern Ireland at Windsor Park in November 1993 which sent Jack Charlton’s men to the USA the following summer.

FAI president Gerry McAnaney said: “Alan will always be remembered for that goal in Belfast 18 years ago, a goal that brought the entire country to its feet.

“He was a great player for Ireland, a fantastic footballing man who coached so many young players and a very proud family man.

“We were lucky to have him as one of our Irish football family and I know I speak on behalf of everyone involved with Irish football when I sympathise with Debbie and his family at this most difficult of times.”

A post on Portsmouth’s official Twitter account said: “#Pompey are sad to confirm that Alan McLoughlin has passed away at the age of just 54 Rest in peace, Macca.”