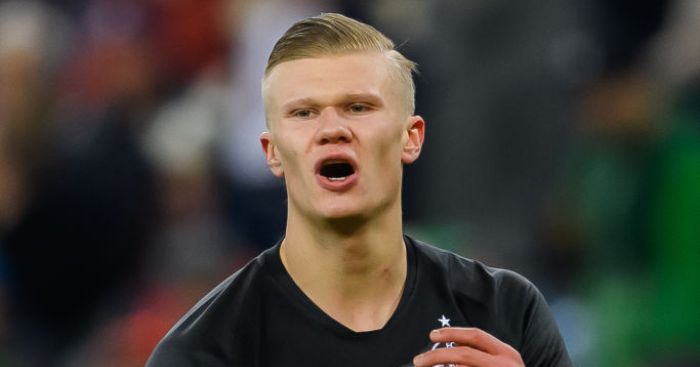 Dimitar Berbatov has revealed the reasons why he does not believe former club Manchester United should sign Erling Braut Haaland.

United have been strongly linked with a move for the exciting 19-year-old forward, who currently plays for Red Bull Salzburg in Austria.

Haaland has 28 goals in 22 games this season, with eight of those coming in the Champions League, and is expected to be on the move in the January transfer window.

United are said to be confident of winning the race to sign the Norwegian, although the likes of RB Leipzig and Borussia Dortmund are also reported to be considering making offers for the highly rated youngster.

Berbatov, though, has told his former club to ditch their plans to sign him and instead keep faith in Marcus Rashford and Anthony Martial.

Speaking to Sky Sports, Berbatov said: “[Haaland] is good and he is still young, he is developing and maybe he can get better.

“But I’ve said many times before that Martial and Rashford are, for me, the two main strikers that Manchester United need to keep. I love them. I played with Martial in Monaco, I know how good he can be.

“Now he is in the place he can develop and become a world star. Everyone knows how good Rashford can be as well. He is still 22, something like that, so he still has a long way to go and he can become even better. So, for me, they need to stick with these two players”.

After a tough start to the 2019/20 campaign, Rashford has returned to form recently and has already netted 14 goals in all competitions.

Martial, meanwhile, has four goals and three assists in 11 appearances but did miss eight games due to a hamstring injury.