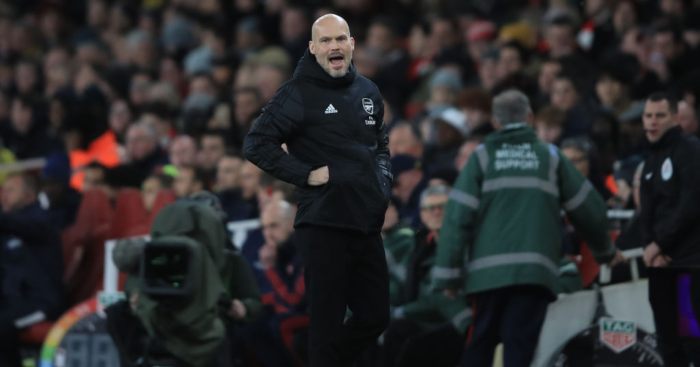 Neal Maupay’s header condemned interim head coach Ljungberg to a 2-1 defeat against Brighton in his first home game in charge on Thursday.

That came hot on the heels of a 2-2 draw on the road at Norwich City last weekend with the former Sweden midfielder failing to improve the Gunners’ fortunes since Unai Emery’s departure.

And Ashton doubts Ljungberg – who takes charge of his third match as caretaker boss against West Ham tonight – has what it takes to turn the Gunners’ fortunes around.

“Arsenal are on a terrible, terrible run,” Ashton told talkSPORT.

“I watched them at Norwich and, considering the quality they’ve got, they looked a really average team that played the ball around okay without a cutting edge and defensively diabolical.

“There are massive things for Freddie Ljungberg to do.

“I’m not sure, having known him at West Ham and his personality, whether he’s got it in him to really fire that team up.”

Ashton added: “When is a manager going to go into Arsenal and realise you have to sort the defence out.

“They should have Gary Cahill and Jonny Evans at the heart of their defence – that would make such a difference with them being available over the past couple of seasons.

“But instead they went and got David Luiz, who we’ve all been laughing about for the last five or six years.”