A former Schalke forward regrets not taking up opportunities with Liverpool and Real Madrid earlier in his career. 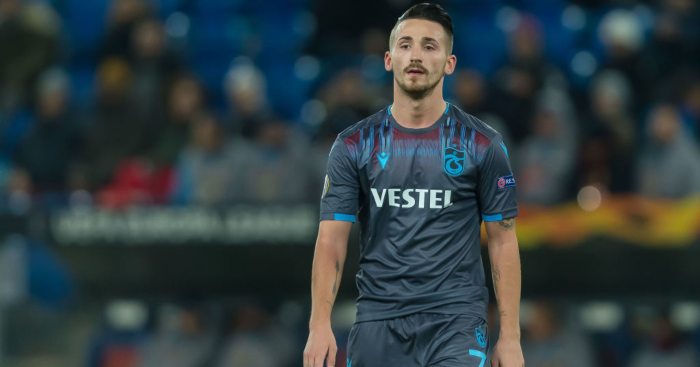 Former Schalke forward Donis Avdijaj claims he “turned down a mega offer” from Liverpool earlier in his career, something which he “bitterly” regrets.

The Kosovo international joined Schalke when he was 14 in 2011 before making his debut for the first-team in 2014,

Following loan spells at Sturm Graz and Roda, Avdijaj left Schalke – having only made 12 appearances in the first-team – to join Willem II on a free transfer in 2018.

Since then, he has moved onto Trabzonspor in Turkey before signing a six-month contract in January 2020 with Scottish side Hearts.

Now, out of contract again, Avdijaj says he regrets not taking up opportunities with Liverpool and Real Madrid earlier in his career.

Avdijaj told Sport1 (via Sport Witness): “My biggest mistake, which I bitterly regret, was that I turned down a mega offer from Liverpool FC before I signed the long-term contract with Schalke, which was a matter close to my heart. I also had one [offer] from Real Madrid.”

On his time at Schalke, Avdijaj added: “It made me happy back then [in 2014], I didn’t really know that. I still believe that at that time I lacked the necessary support from Schalke, otherwise a lot could have gone differently.

“However, there were always moments when I had to fight my way through, and thank God I have managed to this day. But at the time, I wasn’t the player who trained and played with the professionals, just the boy with the €47m clause. That has already burdened me.”