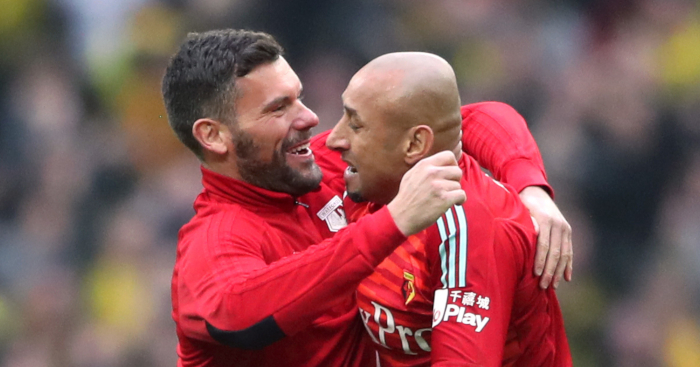 Foster is the club’s number one – and one of the best Premier League signings of the season – but the veteran Brazilian has started in the cup competitions this season.

Gomes played on Sunday as Watford reached their first FA Cup final since 1984 in dramatic fashion, coming from 2-0 down to beat Wolves 3-2 after extra time at Wembley. Captain Troy Deeney scored an added-time penalty to level things up.

The 38-year-old is likely to retire at the end of the season, meaning the cup final would be his final game, and Foster believes there should be no doubt about him playing in the final on May 18.

When asked what he would do if he was selected for the Wembley showpiece, Foster told the club’s Twitter account: “I’ll absolutely refuse!

“Heurelho deserves it and should play without a doubt. He has never let this club down and never will. He was fantastic today.”