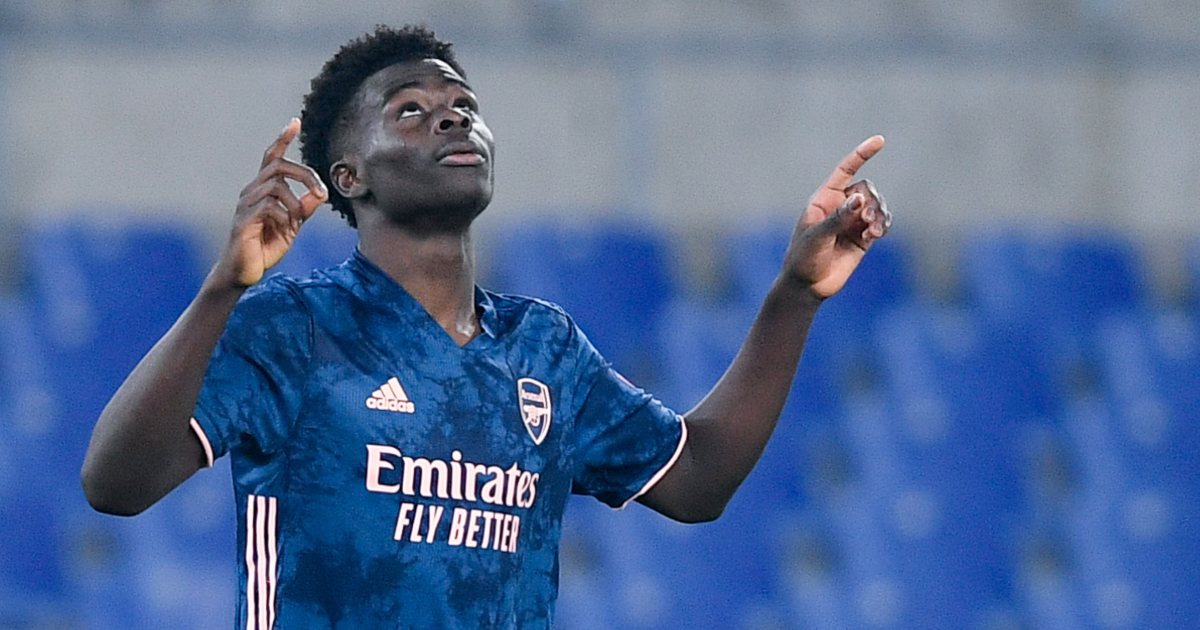 Bukayo Saka is considered an established member of the England senior squad at the age of just 19 and will not be considered for the Under-21 European Championship.

The Arsenal winger, who scored against Benfica on Thursday night, has just four England caps but has already been ruled out of the Under-21 group stage which begins next month.

Despite making his full England debut just four months ago, Saka has joined Mason Mount, Phil Foden and Jadon Sancho in being declared off limits to Aidy Boothroyd.

England have been drawn to play Portugal, Croatia and Spain in the group stage next month, with the knockout fixtures staged in May and June and the final in Budapest on June 6.

According to the Daily Mail, Southgate has given the green light to Boothroyd to pick Callum Hudson-Odoi, Reece James, Mason Greenwood, Jude Bellingham and Harvey Barnes, though the latter is actually not eligible.

Pretty sure Harvey Barnes not eligible. He was born a month too early and has not played for Under-21s for almost two years.

Hudson-Odoi – enjoying a renaissance at Chelsea under Thomas Tuchel – already has eight Under-21 caps but the other players on that list have largely bypassed that level to join Southgate’s senior squad.

His Chelsea teammate James might feel unlucky to drop down to the Under-21 squad but he is behind about 427 other right-backs. He is likely to be joined in the Under-21 squad by Everton defender Ben Godfrey, who has been scouted by Southgate but will remain with Boothroyd for now as his need is greater.