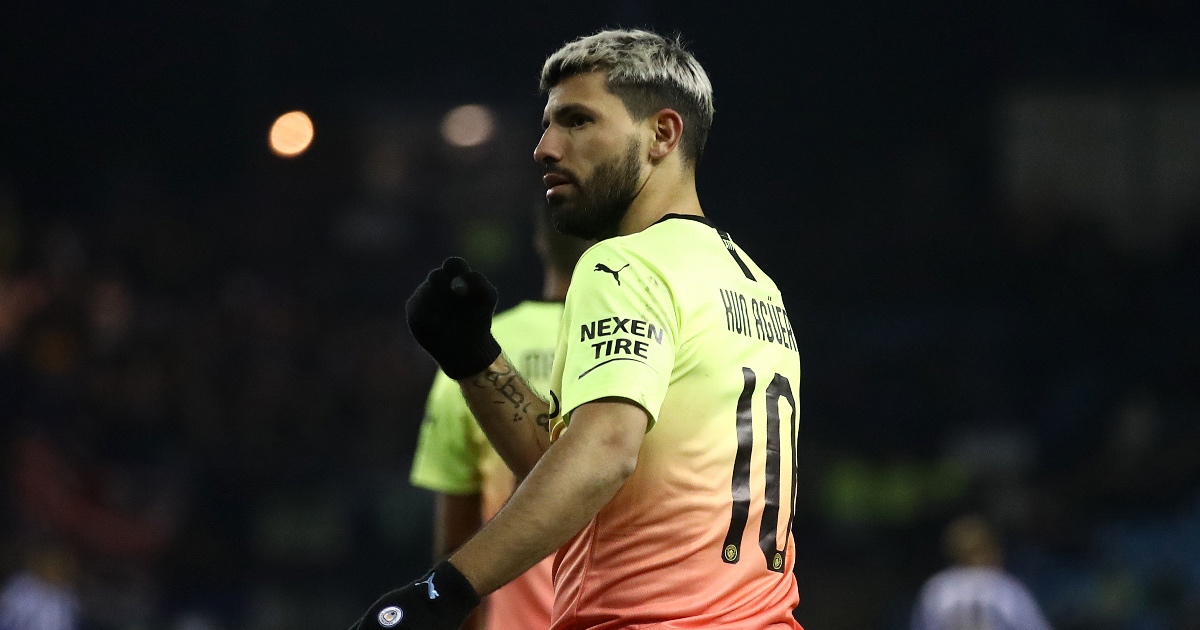 The Argentinian international could leave the Etihad after running down his contract with the club.

He is keeping relaxed about the situation despite intense speculation about a transfer.

According to the Mirror, Barcelona and Juventus are preparing to make Aguero a major contract offer.

They’re joined by Paris Saint-Germain and Inter Milan in the race for the 32-year-old.

Aguero has endured a tough season with Man City after picking up multiple injuries.

He also tested positive for COVID-19 in January and missed seven games.

Aguero is yet to score in the Premier League. His last appearance came in the 3-1 victory over Chelsea at the start of January.

Despite his absence, City have been in fantastic form. Using the likes of Raheem Sterling and Ferran Torres up front, they’ve won their last 13 league games on the bounce.

Pep Guardiola is managing to cope without his talisman effectively, leading to rumours of an exit.

When asked about his future recently, Aguero said: “The first thing I want to do is play. At the end of the season we will see.”

He could link up with good friend and Argentina teammate Lionel Messi if the pair secure moves to PSG.

Messi is also out of contract in the summer and might be persuaded to leave the famed Nou Camp.

It’s unclear where the pair will end up in time for next season, but they could influence each other to join up in the French capital.

Should Aguero leave City at the end of the 2020/21 campaign, it would mark the end of a 10-year stay at the Etihad.

He joined from Atletico Madrid in July 2011 and has become a club legend.