There are fears that the additional fixtures could have a huge impact on the English League Cup. 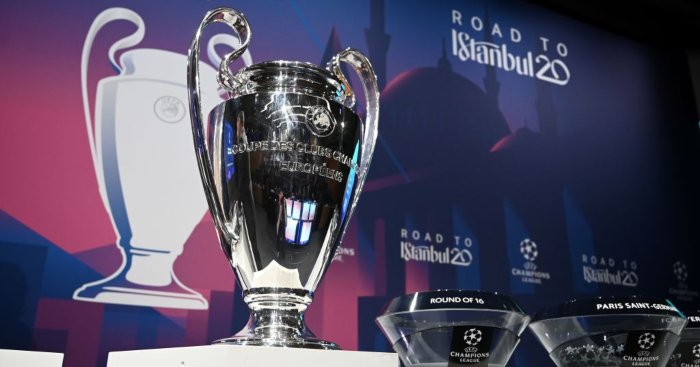 An agreement is close between European football’s leaders to revamp the Champions League, according to a report.

A source told The Times that ‘the favoured plan was for four extra matches, which would satisfy the European Clubs’ Association (ECA) without proving as disruptive as its initial demand for ten more games.’

A ‘growing consensus’ between UEFA and the ECA would see the number of matches the finalists play increase from 13 to 17.

There are fears that the additional fixtures could have a huge impact on the English League Cup ‘which could turn into a competition for those clubs not involved in Europe’.

There have been a number of suggestions on how the Champions League could be formatted differently, including different size groups and a second group stage later in the competition.

Speaking back in May, UEFA president Aleksander Ceferin remained confident that a Champions League revamp would be explored despite being “attacked” over the proposals.

Ceferin told The Associated Press at the time: “We have the best competition in the world by far, for now we don’t know when or if any changes to our competition will be made.

“So the ones who criticize every day should start taking care of football in their own countries. I am not sure if there’s nothing to criticise.

“We just agreed to continue one more cycle (of European competitions) 2021-24 without changing anything. UEFA is a very dynamic organisation and always has to explore if and how our competitions can get better. We are constantly thinking about improving. The reason that you’re the best doesn’t necessarily mean you can’t get better.”

He added: “We were attacked even before the first meeting and we thought for a while that any consultation process is not appreciated by some of the stakeholders.

“But I don’t like secret meetings. I don’t like to hide things from the stakeholders. That’s why we started the discussion so early.

“Maybe we shouldn’t do it after we see all the negative energy, hostility, false solidarity coming out.”