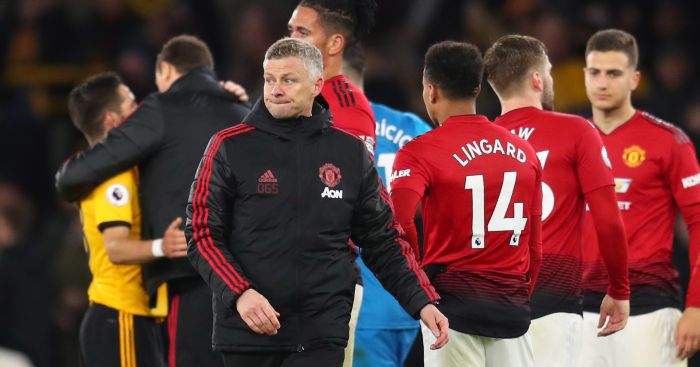 Ole Gunnar Solskjaer wants to rebuild his Manchester United squad in the summer with a four-man summer transfer window wishlist, according to reports.

Our Gossip column provides details of reports in the Daily Mail that the Red Devils will undergo a summer clearout with Ander Herrera, Juan Mata, Alexis Sanchez, Antonio Valencia, Marcos Rojo and Matteo Darmian all named as possible departures.

And that means bringing some players in to give United an edge as they look to compete for the Premier League title next season.

The Daily Mirror claims that Solskjaer has ‘drawn up a four-man shortlist’ with most of the names included coming as no surprise.

Sancho has been heavily linked with a move to Old Trafford for months now with reports claiming the Borussia Dortmund winger is the club’s top priority in the transfer market.

Hudson-Odoi made his first Premier League start for Chelsea on Wednesday night – but he was the subject of a number of bids from Bayern Munich in the summer transfer window.

The Blues seem desperate to keep him at the club as they try to ease Hudson-Odoi’s fears over lack of playing time.

Palace defender Wan-Bissaka, meanwhile, has been linked with United’s neighbours Manchester City and there could be a clamour for his signature in the summer.

With Ashley Young and Valencia both approaching the end of their careers, United are reportedly keen to sign Wan-Bissaka.

And the final man on Solskjaer’s reported shortlist is Koulibaly, who United are understood to have made a £95million bid for before Jose Mourinho was sacked as manager.