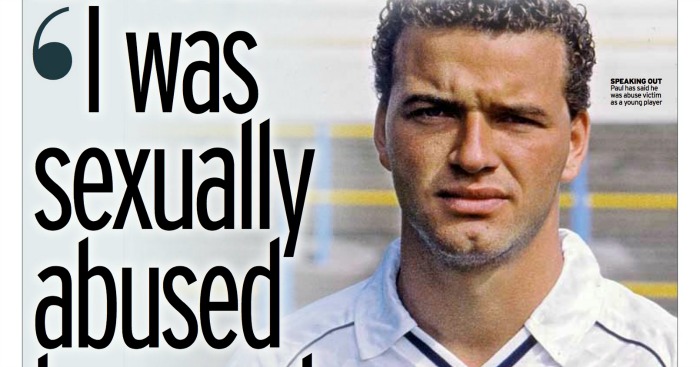 The national inquiry into child sexual abuse said it was “watching events closely” and opened the door to examining allegations in the growing scandal as England captain Wayne Rooney urged anyone who may have been assaulted to seek help. He tweeted that “my colleagues have been very brave”.

A string of former footballers have come forward since Andy Woodward became the first to speak out last week about abuse he suffered at the hands of convicted child abuser Barry Bennell, a former Crewe Alexandra coach.

Scotland Yard did not name any of the clubs involved.

Cheshire Police said it had received ”a growing number of disclosures” and that allegations have been “made against more than one individual”.

Northumbria Police said it was investigating an allegation by an unnamed former Newcastle United player that he was abused in the club’s youth system.

The Guardian said an unnamed former Newcastle United player had contacted police to make allegations against George Ormond, a coach in the North East who was jailed for six years in 2002 for carrying out numerous assaults across a 24-year period.

Newcastle United FC said they would co-operate with authorities “if or when the club receives further information”.

Some of the claims have come from the NSPCC which this week set up a dedicated hotline – on 0800 023 2642 – for football-related cases.

The Premier League said it is “very concerned” by allegations and offered its sympathy and support to those who have come forward.”

Adding to the concerns about the depth and scale of the scandal are reports in the Daily Telegraph that leading football clubs made secret payments to buy the silence of young players sexually abused by coaches.

The paper states that, according to an unnamed source, a number of clubs, including at least one Premier League team, had paid compensation to footballers but only after victims had signed confidentiality agreements so strict that along with their families and lawyers they are banned from saying publicly if the cases even existed.

Mr Dunford, who said he had been staying at a Butlins holiday camp after winning a football competition when he alleges Bennell attempted to touch him in bed, told the BBC’s Victoria Derbyshire programme: “I believe there was a conspiracy and paedophile ring.

“I think Savile looks like a choirboy compared to this fella.

“There were people at those clubs who had a duty to look after boys coming through their system.”

Chris Unsworth, 44, a former Crewe youngster who has also made allegations against Bennell, claimed it was “swept under the carpet”.

Television football pundit Robbie Savage, who played for Crewe in the mid-1990s, said he feared there were many more victims due to Bennell’s exposure to hundreds of youngsters who came through the programme.

He recalled how Bennell, who he described as a volatile and controlling bully, would have boys stay at his house, although he escaped the abuse.

He told the Daily Mirror: “Sometimes I’d go into training on a Monday and hear some of the lads say, ‘I stayed at Barry’s at the weekend’. And I’d be thinking, ‘Why not me? Why didn’t he ask me? Am I not a good enough player? Have I done something wrong?’

“Of course, I now know what happened to some of those boys and I know I’m one of the lucky ones but, at the time, that’s what went through my mind.”

Ex-England and Manchester City players David White and Paul Stewart and former Crewe Alexandra player Steve Walters have also spoken out about being sexually abused by football coaches as children.

Bennell, who worked for Crewe, Manchester City, Stoke and several junior teams in north-west England and the Midlands, sexually abused young boys across three decades from the 1970s onwards.

He was jailed for a third time in 2015 when he pleaded guilty to abusing a boy at a football camp in Macclesfield in 1980.

Crewe’s director of football, Dario Gradi said the club would be carrying out an internal investigation. Manchester City said it was also reviewing Bennell’s links with the club.

Operation Hydrant, which oversees the investigation of allegations of historical child sex abuse within institutions or by people of public prominence, is trying to pinpoint the scale of the alleged abuse.

It has been in touch with all forces in England and Wales asking them to forward details of the allegations they have received following the recent publicity.