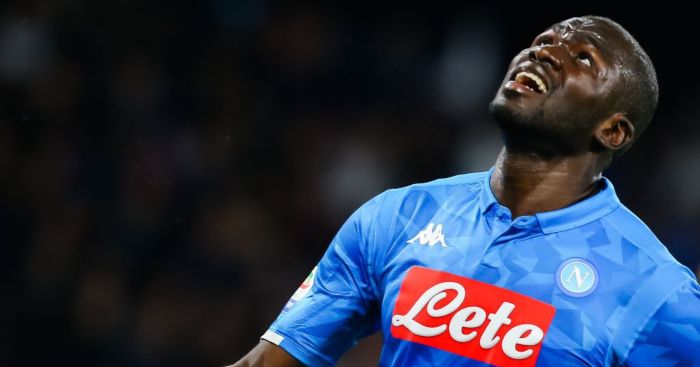 Manchester City have no interest in pursuing Napoli centre-half Kalidou Koulibaly this summer.

A number of clubs have been linked with a move for Koulibaly, including City’s bitter rivals Manchester United.

Liverpool have been warned off what would be a “disaster” of a transfer, and City have followed a similar tact.

The Manchester Evening News suggest they ‘have NO interest’ in the Senegal international, and that ‘he is not even on a short-list of centre backs they drew up after the departure of Vincent Kompany’.

Harry Maguire remains their ideal replacement for the Belgian, but Koulibaly ‘does not fit the bill’ for four specific reasons.

His fee, a reported £107m, is mentioned, along with the 28-year-old’s age and lack of homegrown status in comparison to his Leicester counterpart.

But City are also ‘still smarting’ from their last negotiations with Napoli, which saw the Italian side break a ‘verbal agreement’ over Jorginho before selling him to Chelsea last summer.