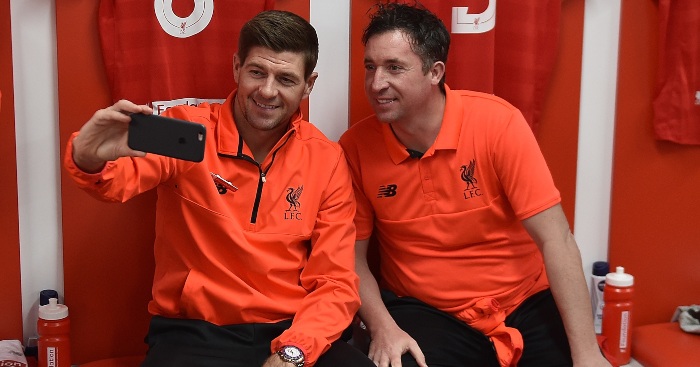 Gerrard has done well at Rangers, drawing praise from Roy Hodgson – who claims he could manage England in the future – and Klopp himself, who has expressed his will for Gerrard to replace him as Liverpool boss.

In four years as manager, Klopp has transformed Liverpool into Champions League winners and back into one of the dominant forces in English football.

And, despite the promise Gerrard is showing in Scotland, Fowler is hoping Klopp will be staying put for the considerable future.

Fowler told talkSPORT: “You can never say never is football, and Steven is doing a wonderful job up at Rangers.

“You’ve got to ask the question, are they a better team now since he took over? Of course they are, they really are.

“Will he want to leave and go back to the Premier League? No doubt about it and in the future he probably will do.

“So all the talk about should Steven be there, of course he’ll be the name on everyone’s lips, but I hope it’s not for a long time.

“You’ve got to give Jurgen so much credit, Liverpool are just brilliant. He’s got them fit and on fire, they just look an incredible team.

“And people are saying they’re watching great performances, but Liverpool haven’t really reached the heights of what they can do – it’s a scary thought!”