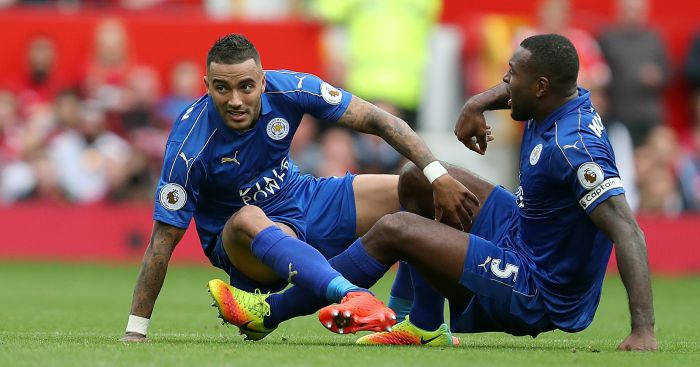 Danny Simpson has cited a clamp down by Premier League referees on holding and pushing in the penalty area as a reason for Leicester’s poor start to the season.

The defending Premier League champions conceded four in their defeat to Manchester United at Old Trafford on Saturday – three of which came from corners.

Claudio Ranieri’s side have let in 11 goals in just six games this campaign, that’s in stark contrast to the whole of last season when they only conceded 36 goals.

Simpson admits the Foxes are struggling to get used to the crackdown on grappling in the area and thinks it could be affecting their ability to defend set-pieces.

“Err, I have to be careful what I say,” said Simpson.

“They have changed the rules. The way it was last season, I thought we were very good at defending set-pieces and we made it tough for the opponents.

“You have been doing that for all your career and suddenly you have got to change it, but it’s the same for everyone, it’s something we have got to work on and look at.”