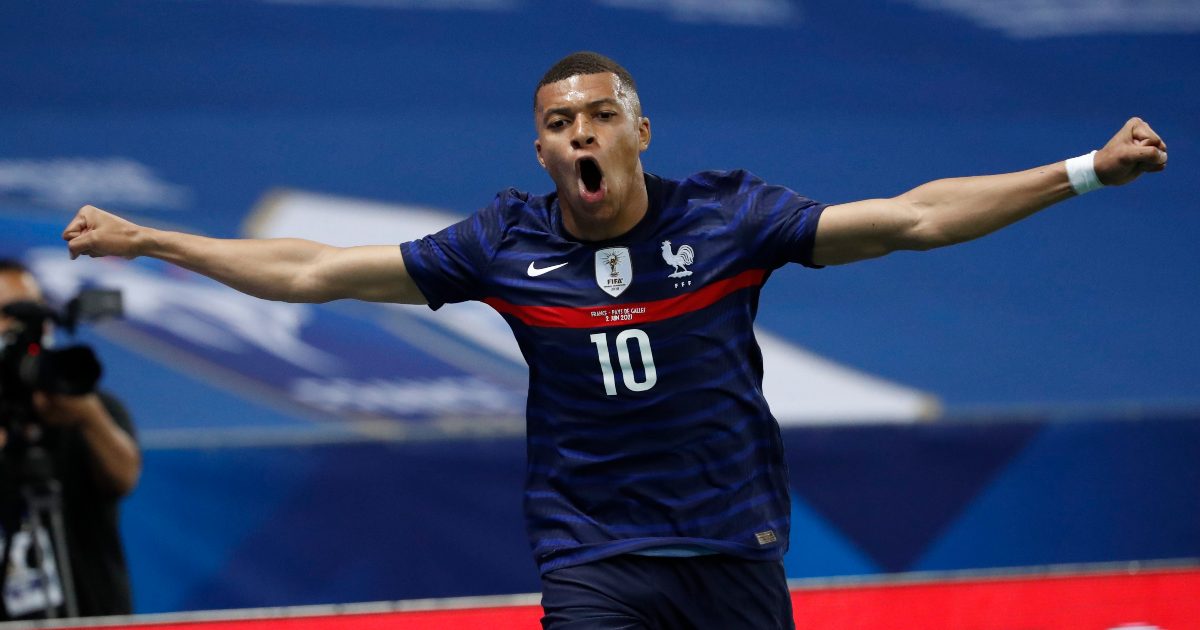 Kylian Mbappe, Antoine Griezmann and Ousmane Dembele got on the scoresheet for France against Rob Page’s 10-man Wales side.

Mbappe, Griezmann and Dembele made France’s numerical advantage count as Wales went into damage limitation mode on a night in Nice which proved anything but pleasant for the Dragons.

It seemed a harsh decision, but Williams now looks set to miss Wales’ final pre-Euro 2020 friendly against Albania in Cardiff on Saturday through suspension.

Benzema saw his resulting spot-kick saved by Danny Ward, but the outcome was inevitable from that point as the world champions revelled in the extra space created by Williams’ departure.

Wales interim boss Robert Page had promised to manage his players’ minutes against France and Albania amid several fitness concerns just 10 days before their tournament opener against Switzerland in Baku.

Aaron Ramsey, Ben Davies and Joe Allen all had injury issues in the final months of the season with the trio having little or no game time.

Only Allen of the three started at the Allianz Riviera, the Stoke midfielder’s first game since pulling up in a World Cup qualifying defeat to Belgium in March.

Ramsey and Davies were on the bench while Ethan Ampadu and Tom Lockyer, a late addition to the Euro 2020 party on Monday when James Lawrence dropped out, did not make the matchday squad after injury.

Tottenham goalkeeper Hugo Lloris captained France for the 100th time in the city of his birth as Real Madrid striker Benzema ended an international absence of nearly six years by joining Griezmann and Mbappe in attack.

Griezmann and Olivier Giroud had scored when the two nations last met, France winning a Paris friendly 2-0 in November 2017.

Les Bleus might have been looking for a good omen with that victory coming eight months before their World Cup celebrations in Russia, and Didier Deschamps’ side started on the front foot.

Williams was assigned to do a man-marking job on Paul Pogba, but the Manchester United man found space in the fourth minute to deliver a cross which Benzema headed powerfully but Ward pushed to safety.

Wales responded instantly and Daniel James broke into space to test Lloris with a low shot, with Presnel Kimpembe preventing Allen from bundling home the rebound.

The visitors were matching France in what was an open high-tempo contest, but that was to change when Ward reacted brilliantly to save Pogba’s close-range header.

Benzema’s follow-up was heading goalwards until Williams got in the way and Wales paid the penalty in more than one way as the Liverpool youngster was dismissed.

France made their extra man count after 34 minutes when Adrien Rabiot’s shot from the edge of the area took a wicked deflection.

Ward stuck out a foot but the ball looped into the air and Mbappe was on hand to finish with a classy volley.

France doubled their lead two minutes into the second half.

Mbappe cleverly flicked the ball into Griezmann’s path and the Barcelona forward beat Ward with an unerring effort from the edge of the box.

Ramsey was introduced among a raft of second-half substitutions and the Juventus playmaker produced a delicious pass to set up James for an effort which Lloris saved with a strong right hand.