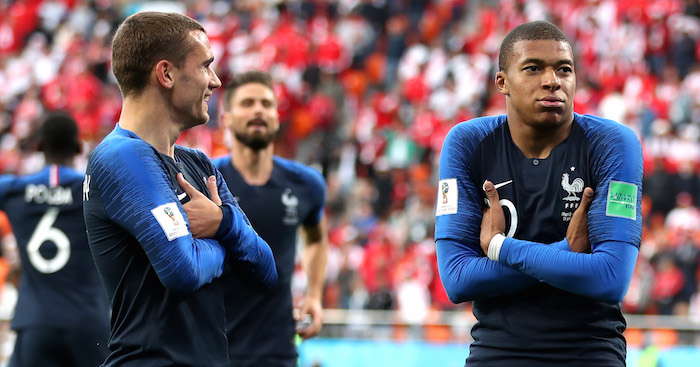 France hero Kylian Mbappe vowed to keep his feet on the ground despite matching a 60-year-old record set by Pele during his side’s sensational 4-3 victory over Argentina in the World Cup’s last 16.

The 19-year-old’s second half double effectively sealed his side’s progress to the quarter-finals and also made him the first teenager to score two goals in a finals match since the Brazilian great in 1958.

Mbappe said in the post-match press conference: “It’s flattering to be the second one after Pele but let’s put things into context – Pele is in another category.

“But is is good to be amongst these people and to score in knockout matches. At a World Cup you have all the top level players so it is an opportunity to show what you can do and what you’re abilities are.”

France boss Didier Deschamps said: “I am very happy for Mbappe and he has a lot of room to make progress. In such an important match he has shown his talent.

“There is an excellent mentality in this group and we did everything to go further.

“I am very proud because they have been preparing for weeks and months. We couldn’t miss it and we didn’t.”