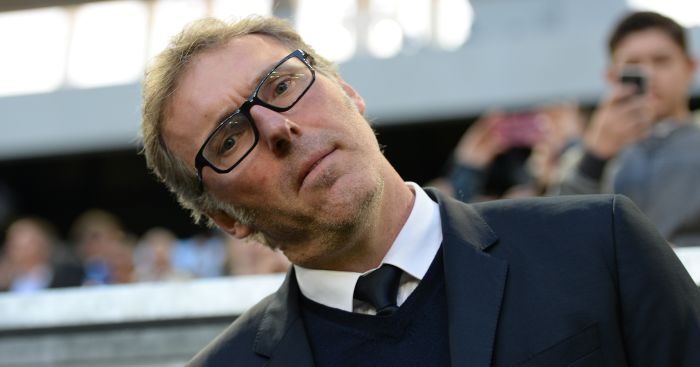 Laurent Blanc is interested in the managerial role at Manchester United if Ole Gunnar Solskjaer leaves, according to a report in France.

The France legend has been unemployed in football since he left Paris Saint-Germain in 2016, where he departed by mutual consent having won three Ligue 1 titles on the bounce.

The Frenchman spent two years at Old Trafford before retiring in 2003, and recently claimed that he held talks over replacing David Moyes at United in 2014.

Blanc has around a decade of managerial experience, taking charge of Bordeaux and France before being handed the reins at the Parc des Princes.

And now Foot Mercato (via Sport Witness) claims that he ‘closely follows’ the goings on in the Premier League, ‘especially’ at Manchester United.

The report hints that he would be interested in the role should it become available with Solskjaer under pressure.

United have picked up just nine points from their opening eight games in the Premier League and find themselves 12th in the table, 15 points behind leaders Liverpool.

The report added that Blanc was close to taking over at Lyon but disagreements about staff ruled him out.