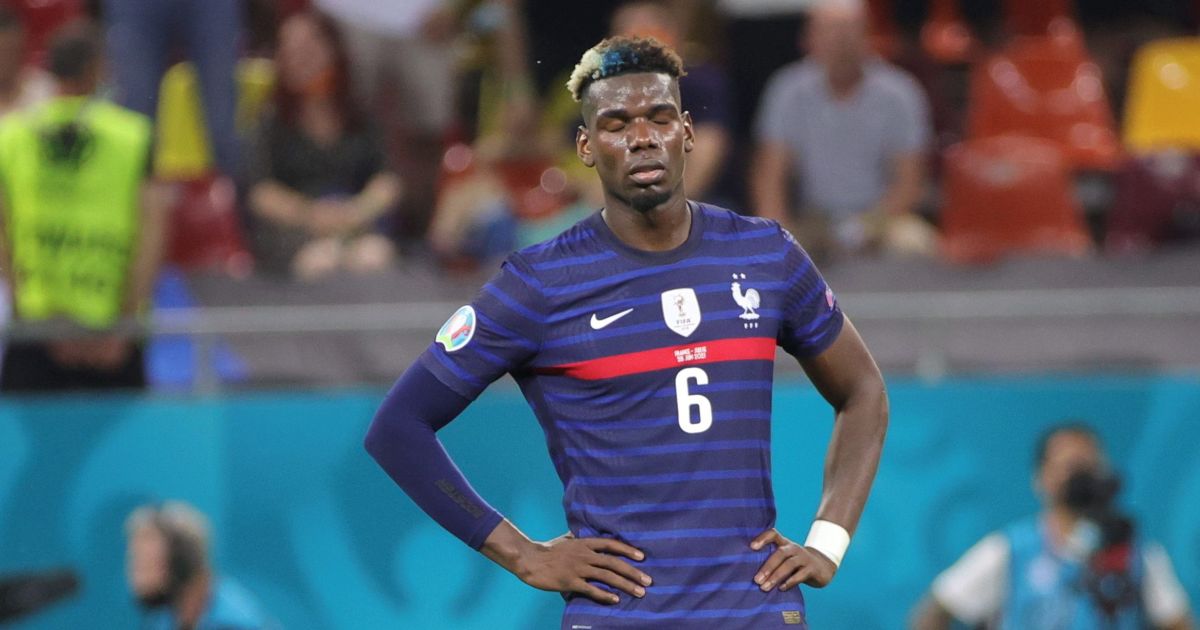 A report has shed light on the ‘ugly scenes’ as France were dumped out of Euro 2020 by Switzerland.

Didier Deschamps’ side were the favourites to win the tournament but were eliminated in a memorable last 16 clash on Monday.

France went behind early on before three second half goals gave them a 3-1 lead.

But two goals in the final ten minutes drew the scores level with France accused of switching off in the key moments.

The French were unable to find a way past Yann Sommer in extra-time and the Swiss goalkeeper saved Kylian Mbappe’s penalty in the shootout.

A number of the French players were seen arguing on the pitch and ‘reports in France’, reported by the Daily Star, detailed the ‘ugly scenes’.

The report claims Adrien Rabiot and Paul Pogba were heard insulting each other on the pitch, with Rabiot said to be frustrated by the defensive work of Pogba.

Raphael Varane and Benjamin Pavard were then also said to be exchanging words, before they both agreed that Pogba was to blame.

After the game, Deschamps admitted there was “a lot of sadness”, but insisted no-one was angry with Mbappe after his missed penalty.

Deschamps added: “Of course Kylian, even if he didn’t score a goal (in Euro 2020), he was decisive in many actions that we had, then he took the responsibility to take this penalty and no-one is really angry with him.

“I talked to the players, we know the strength of this squad, of this team, we had many magnificent moments together today.

“It really hurts, there’s a lot of sadness and, well, there were many things that we did really well in this match, but not everything and if we think too much about this match it won’t help too much.

“This Euro was really difficult, it’s not an excuse, and now there’s the last European champion and the last world champion who have to go home, it hurts but we have to accept it.”

Mbappe took to Instagram to apologise for the missed spot-kick: “Very difficult to turn the page. The sadness is immense after this elimination, we were not able to achieve our objective.

“I am sorry for this penalty. I wanted to help the team but I failed. It will be hard to sleep but sadly these are the risks of this sport that I love so much.

“I know that you the fans are disappointed, but I would still like to thank you for your support and for having always believed in us.

“The most important thing will be to get up even stronger for the challenges to come. Congratulations and good luck to Switzerland.”