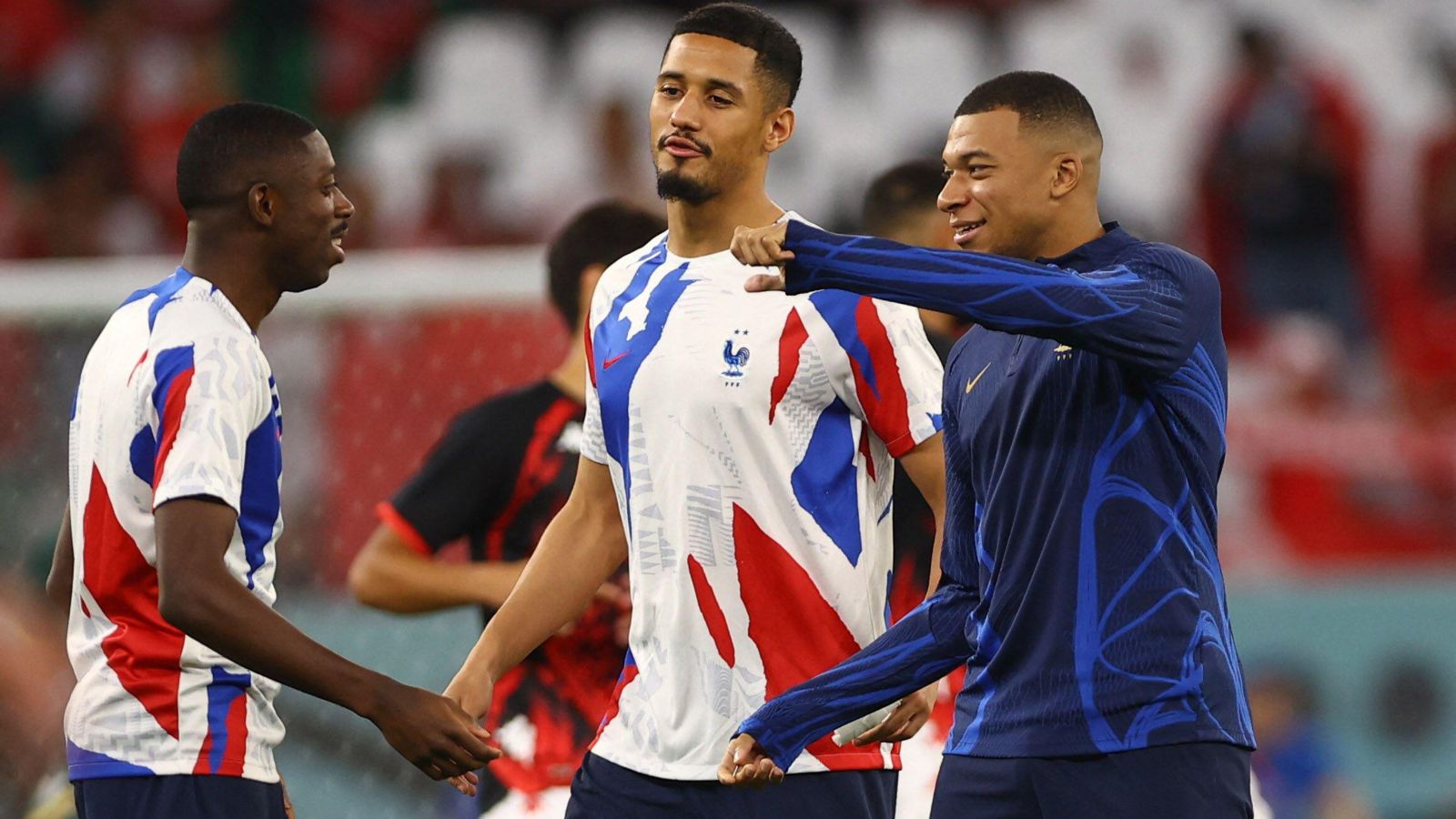 France defender William Saliba can’t wait to see Brazil knocked out of the World Cup so that he doesn’t have to come up against Arsenal team-mate Gabriel Jesus.

Arsenal have made a brilliant start to the Premier League season with Mikel Arteta’s men five points clear of defending champions Manchester City at the summit.

Saliba, who returned in the summer from a season-long loan spell with Marseille, has been a key part of their ascent to the top of the Premier League standings, as has summer signing Jesus.

A number of other Arsenal players are currently playing at the World Cup, such as Bukayo Saka and Takehiro Tomiyasu, but Saliba is fixated on Jesus and Brazil going out of the tournament.

“He [Jesus] is a top player, he’s doing good for us this year with Arsenal,” Saliba jokingly said via Get French Football News.

“I hope that he has a good performance, but just today. I hope that they [Brazil] are quickly knocked out.

“I am not having exchanges with him during the World Cup.”

It looked for a while like Saliba might not fit in at Arsenal under Arteta with speculation that he could leave the club permanently following a number of loan spells.

However, after being named Ligue 1 Young Player of Year in the 2021/22 campaign while on loan at Marseille, Arteta decided to take a chance on him this season.

And Saliba is greatful for his loan spell at Marseille for taking his game to the next level and earning him caps for France.

Saliba made his first appearance at the World Cup in France’s 1-0 loss to Tunisia in their final group game with the Arsenal centre-back coming off the bench in the second half for Raphael Varane.

On France’s display, Saliba said: “We didn’t have a good game, we weren’t good. But we need to get over it. There’s more pressure in playing for your country than for your club.”

France rested a number of players against Tunisia with their qualification for the World Cup round of 16 already sealed before the match.