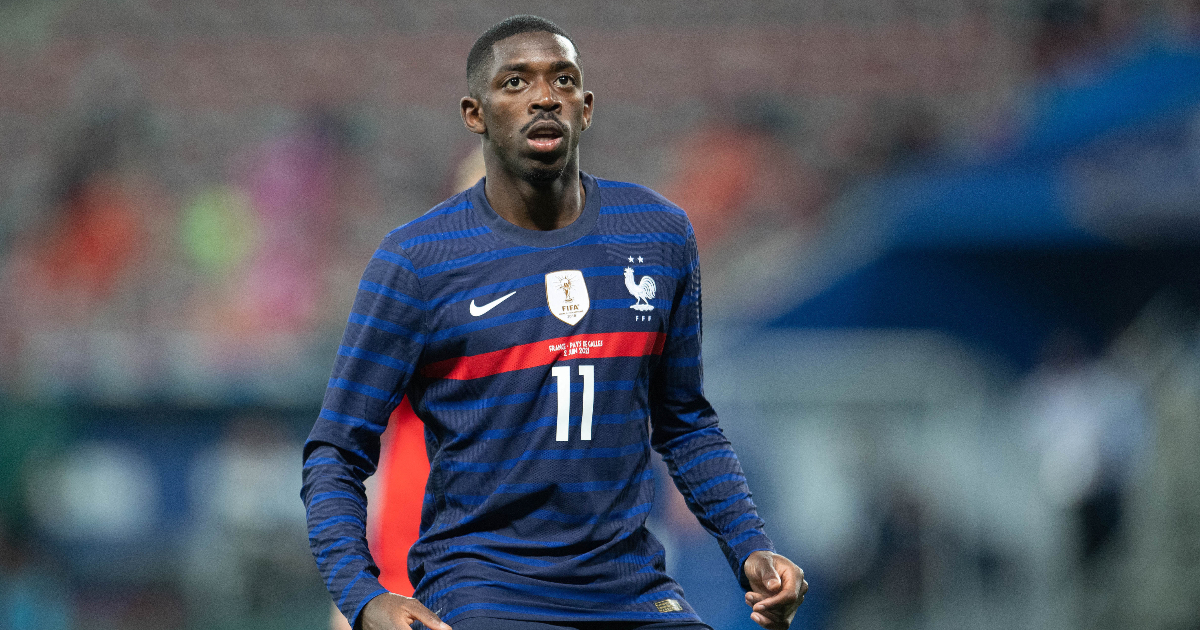 France winger Ousmane Dembele has withdrawn from Didier Deschamps’ squad due to an injury that will keep him sidelined for the rest of Euro 2020.

The Barcelona man came off the bench in France’s 1-1 draw with Hungary on Saturday but managed only 30 minutes before being subbed off with a knee injury.

Dembele was then ruled out of their last Group F match against Portugal, with the hope that he would be back for the knockout stages.

RMC Sport state that the 24-year-old has suffered tendon damage in his right knee and will not be fit in time to feature again in the competition.

Dembele made 44 appearances in all competitions for Barcelona this season, scoring 11 goals and claiming five assists.

His absence is not ideal for Deschamps, but not exactly a disaster.

France have not been playing with wingers, so Dembele was never in line to start for Les Bleus, and Deshamps has other options in Borussia Monchengladbach’s Marcus Thuram and Bayern Munich’s Kingsley Coman.

The 24-year-old is entering the final year of his Barca contract with his future at the club uncertain.

Earlier this month Dembele admitted that he ‘doesn’t know’ where he will be playing next season.

The winger has been linked with a move to Liverpool, and the Reds could make a move for the ex-Dortmund man if Sadio Mane or Mo Salah move on from Anfield.

Competition for places at the Nou Camp is fierce, especially after the Spanish giants confirmed the signing of Memphis Depay.

Depay, 27, has agreed a two-year deal, with the former Manchester United and PSV Eindhoven man set to link up again with former Holland boss Ronald Koeman.

A statement on the LaLiga club’s website read: “Barcelona and Memphis Depay have reached an agreement for the player to join the club once his contract with Olympique Lyonnais is at an end.

Depay, who is with the Dutch squad at Euro 2020 and scored a penalty in the Group C win over Austria, becomes Barcelona’s third free transfer signing of the summer following the arrival of Manchester City duo Sergio Aguero and Eric Garcia.