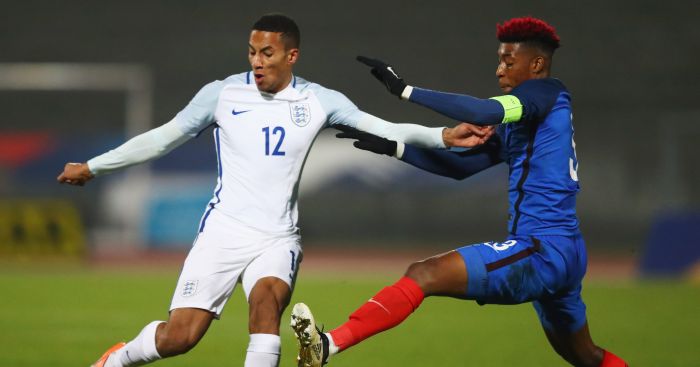 Celtic starlet Moussa Dembele proved too hot to handle for England Under-21s as he scored twice to earn France a thrilling 3-2 victory.

Sunderland forward Duncan Watmore gave England an early lead with a sumptuous chip but Dembele’s double, which included the first of three pin-point free-kicks in the match, put France in command.

Lewis Baker bent his own set-piece in off the post to make it 2-2 with nine minutes left but France midfielder Wylan Cyprien had the last laugh, his stunning shot from 30 yards inflicting a first defeat on England in 16 matches.

Despite the impressive array of goals at the Stade Robert Bobin, Dembele was the star of the show.

The 20-year-old, who reportedly attracted the attention of several English clubs last summer, now has another two goals to add to the 16 he already has in 24 appearances for Celtic this season.

England manager Aidy Boothroyd made nine changes from the side that beat Italy last week, with only Chelsea duo Nathaniel Chalobah and Baker keeping their places in the starting line-up.

The visitors made a strong start too as Watmore skipped between two French defenders before chipping the ball over goalkeeper Thomas Didillon and into the top corner.

The lead lasted only nine minutes, however, as Dembele burst on to Yann Bodiger’s pass and finished with aplomb. The forward then added a second in the 64th minute, driving a free-kick past Derby goalkeeper Jonathan Mitchell to put France ahead.

England looked to have grabbed a draw when Baker found the net with a curling effort of his own but their hopes were dashed when Cyprien’s superb long-range strike seven minutes added a late sting in the tale.