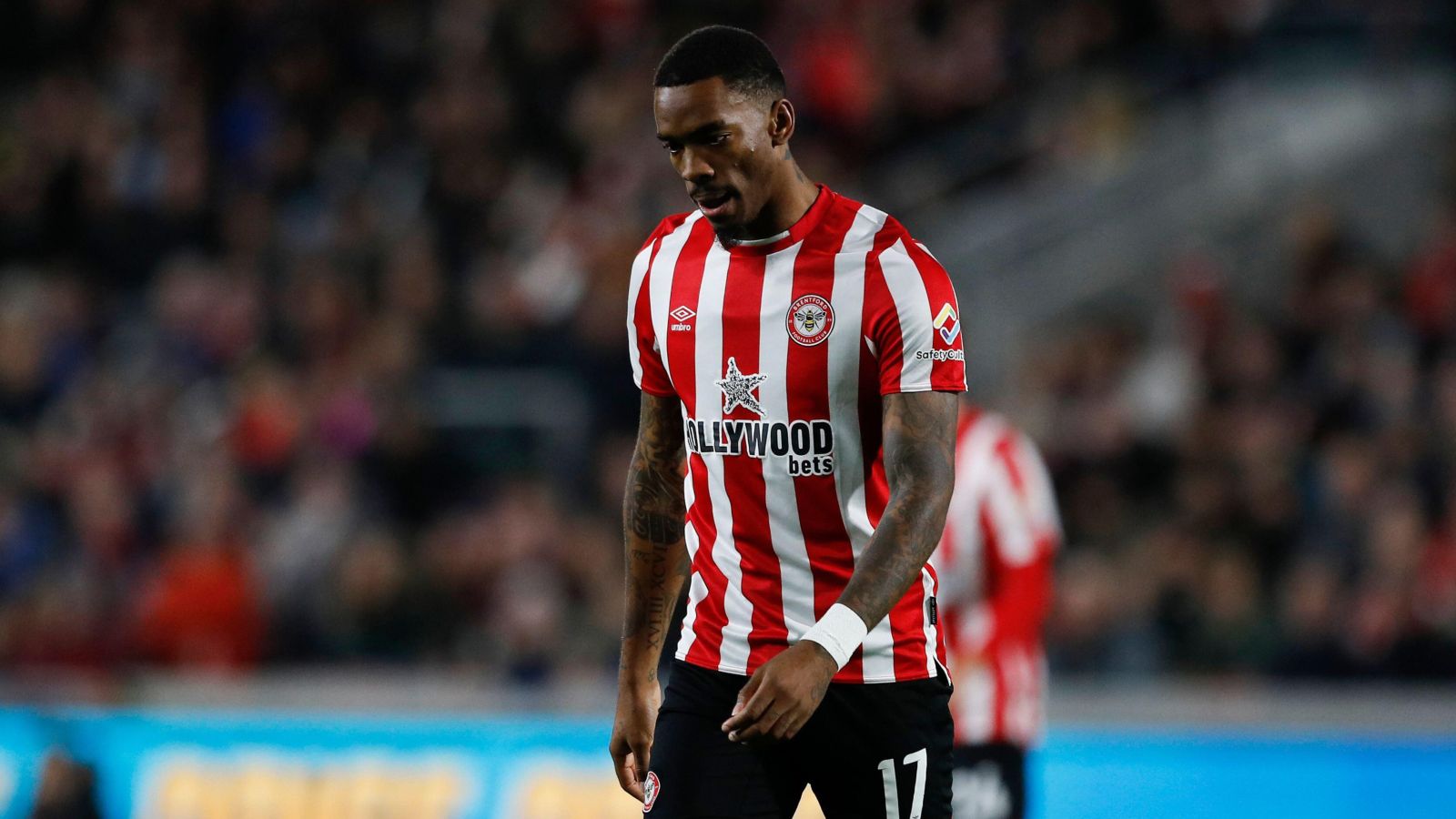 Brentford boss Thomas Frank has suggested after Ivan Toney was left out of the England squad that Harry Kane is the only striker better than him “on form”.

Toney has scored eight goals in 13 Premier League games this term and many believed that he had done enough to earn a spot in Gareth Southgate’s 26-man squad.

But the forward was not included, while the likes of Callum Wilson and James Maddison made the cut ahead of him.

“I said (to Toney) these coaches, they don’t always take the best decisions, including myself,” Frank told a press conference.

“I think Gareth has done an unbelievable job of being the head coach for England, semi-final in a World Cup and so close (at Euro 2021). A penalty shoot-out is like the flip of a coin. Maybe not for England, but for every other nation in the world it’s a flip of a coin to win it.

“So I think he’s done fantastic (and) I think we should just trust the process.

“You can’t find a better striker in form in the country after Harry Kane. It’s impossible.”

Frank empathised with his forward but had confidence he would bounce back from the disappointment.

He added: “I don’t think there’s a player in and around the squad who wouldn’t be disappointed with not being selected. It’s about how many hits we can take and move forward. [Toney] has a strong mentality and he will move forward from this.”

Toney will have to quickly heal any bruises to his ego ahead of Saturday’s trip to second-placed Manchester City for the Bees’ final match before the World Cup.

Brentford themselves will also be eager to recover from getting ousted from the third round of the Carabao Cup on Tuesday 6-5 on penalties to League Two side Gillingham.

Toney scored the third-minute opener in that clash and will hope to help spoil City’s chances of heading into the break as league leaders.

Brentford enter the contest in 11th and winless in their last four top-flight matches, a trajectory Frank was keen to snap.

“It is just so difficult to win a football match in the Premier League,” he added. “Especially if you are Brentford. We have to understand who we are. We go into every game and want to win.

“We have never gone into a game without belief of being capable of winning. It’s going to be unbelievably difficult against potentially the best team in the world. They have almost a complete squad and are difficult to break down.”

READ MORE: 16 Conclusions on an England World Cup squad that proves even Gareth Southgate isn’t immune to The Clamour