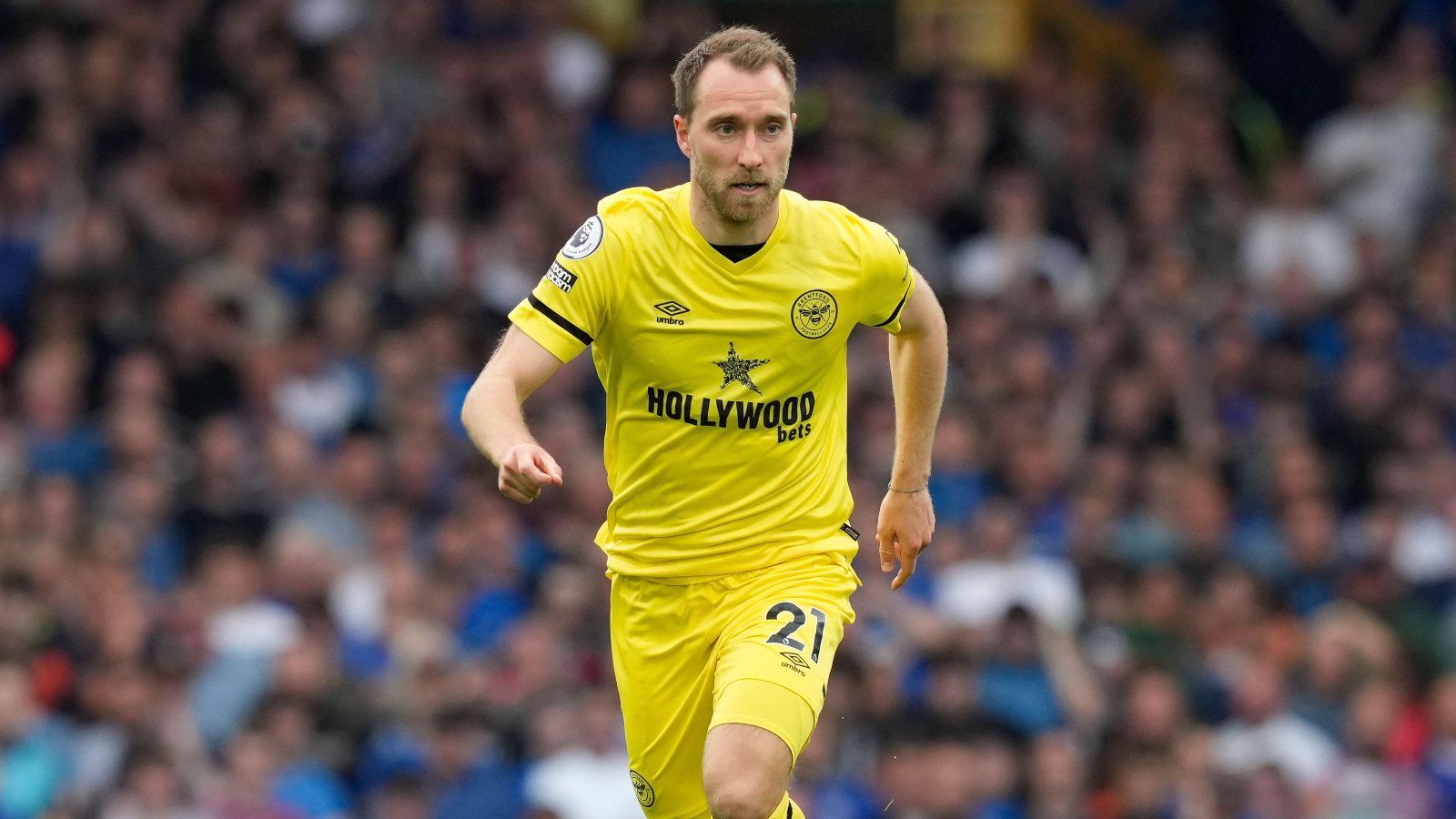 Thomas Frank is “convinced” that Brentford “have a chance” of keeping Christian Eriksen at the club beyond this season.

The Denmark international has performed well since joining the Bees in January on a deal until the summer.

Eriksen was looking to restart his career after suffering a cardiac arrest at last summer’s European Championships.

The 30-year-old’s form since means he is unlikely to be short of potential suitors. Man Utd and Tottenham have been linked with him.

After securing Brentford’s place in the Premier League for another year, manager Frank feels optimistic.

The Dane said at a press conference: “I would love to say 100 per cent, but I am convinced there is a good chance he can wear the Brentford shirt.

“I know I am optimistic but I also picked up the phone and said, ‘Hey do you want to come to Brentford?’ No-one thought about that six months ago. I am convinced we will have a chance.

“The way I will see it for us it is a win-win. He helped the team, he gave something to the fans they had never seen before at this level. We helped him back to his football life again.

“For Christian, it is a win-win. Either he signs with us and everyone is going to be happy and the fans will build a statue of him outside the stadium in two or three years’ time, or he goes to a bigger level and fans will applaud him and we will all say, ‘Thank you for this time, go forward’.”

Brentford wrap up their first top-flight campaign since the 1946-47 season when they host relegation-threatened Leeds on Sunday.

Frank has refused to get drawn into suggestions the game offers an opportunity for his side to gain revenge for a video taunting him involving two Leeds players two years ago.

That came in response to a suggestion from Frank that Leeds would “fear” playing the Bees at Griffin Park as the two sides competed at the top end of the Championship.

That encounter, which came in the February of that season, ended 1-1 and provided the springboard for Leeds, after a poor run of form, to secure promotion while Brentford missed out in the play-offs.

Frank said: “The crazy thing is I don’t know why that video came. I think the only thing I said before that game was they would probably fear to come to Griffin Park because we were in good form. That was the only thing.

“In hindsight, maybe I shouldn’t have said that. People think I do mind games, but I don’t do mind games. I’m just honest. I’m just speaking what I see from my perspective.”