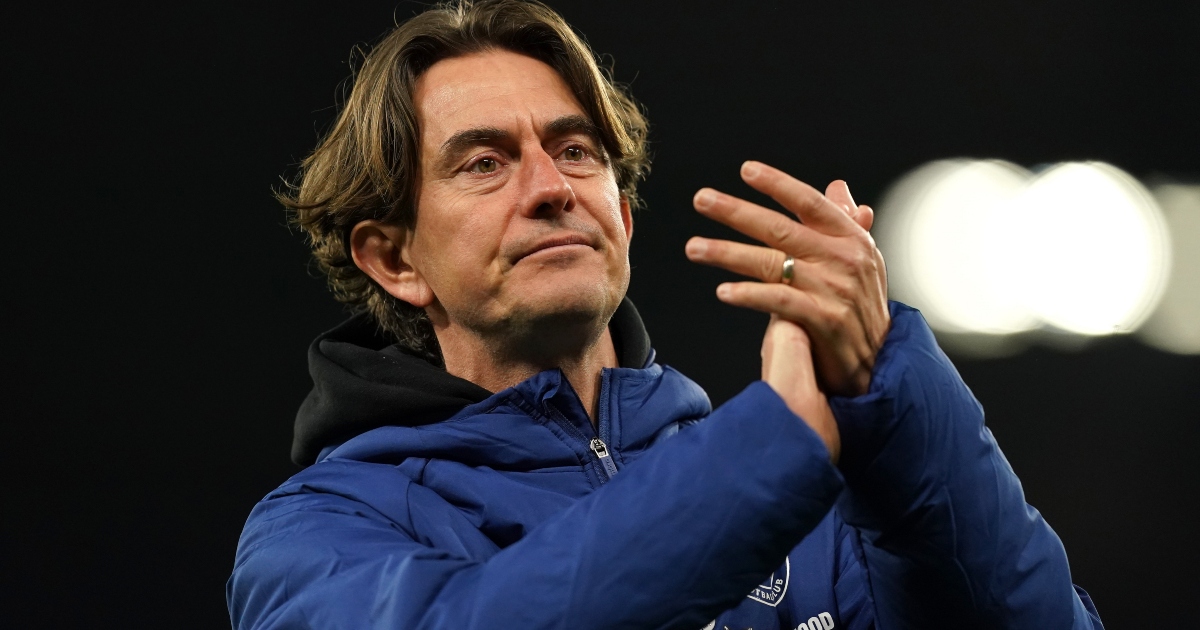 Brentford boss Thomas Frank has refused to set a date for Christian Eriksen’s debut for the Premier League club.

Eriksen has yet to take the field since he suffered a cardiac arrest during Denmark’s European Championship game against Finland last June.

Is this the most ‘shocking’ Man United manager candidate yet?

After being fitted with an implantable cardioverter defibrillator (ICD), Eriksen was unable to continue his career in Italy with Inter Milan and ultimately made a surprise Premier League return by signing for Brentford on January 31.

“I think he’s fine, he’s training well and he looks like the quality player we know he is,” the Bees boss said ahead of Saturday’s clash with Crystal Palace.

“It’s a joy watching him play football – so natural for him – so that’s fantastic to see, but he will not be available for the team tomorrow. That would always be too early after just one week.

“We will have a friendly game on Monday where he will play minutes and that’s the right way to do it.”

The former Tottenham midfielder’s arrival has coincided with a sticky patch for the Bees as they have lost their last six matches in all competitions and conceded 18 goals in the process before the visit of Palace.

Eriksen will be with Brentford for the remainder of the season after reuniting with Frank, who was his coach at Denmark youth level, and the Bees manager believes he is in good spirits.

“I must say he’s bubbling. We are having him seven months after the incident so he missed badly being part of the group, being part of a club and hopefully we can add new chapters to the Brentford story,” Frank said.

“He loves to be with the boys, being on the grass, playing football.