Home Brentford Frank: ‘I could not control my emotions’ at end of Wolves loss 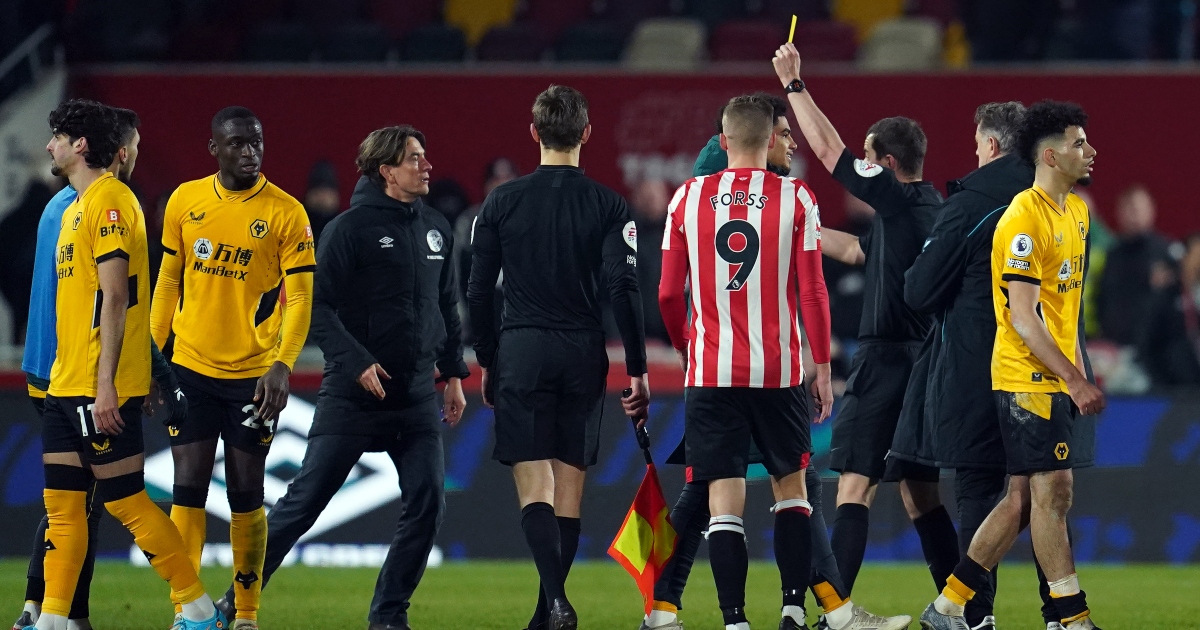 Thomas Frank admits his emotions got the better of him after he received a red card after Brentford’s home defeat to Wolves.

The Bees were beaten 2-1 in a match dogged by delays including a 20-minute stoppage for a drone flying overhead.

There were crazy scenes at Brentford’s Community Stadium as both sets of players were forced off the pitch while the drone hovered above.

The flying nuisance eventually buzzed off to allow play to get back under way, and Joao Moutinho put Wolves ahead before Ivan Toney equalised.

But Ruben Neves brought the Bees crashing back down to earth as his late strike condemned them to a sixth defeat in seven league matches.

There was a sour ending for head coach Frank, who was sent off for confronting referee Peter Bankes at the final whistle.

“I was frustrated we didn’t get a point but I was relatively calm and there was a situation which triggered it,” explained Frank.

“I got a yellow card after a confrontation with a Wolves player, then I turned round to Peter and said ‘you can give me a second one as well’. He said it was because I was turning around and too aggressive.

“I want the players to control their emotions and not get silly cards so it’s disappointing I could not control my emotions.”

The match had already been held up for five minutes midway through the first half following a nasty clash of heads between Brentford team-mates Mathias Jensen and Rico Henry which left both bleeding heavily.

Mercifully, both were able to walk off the field with the Bees forced to use concussion substitutes.

“It was horrible,” added Frank. “When they were running I was thinking, ‘oh my God, this is going to be bad’.

“But they are good. Mathias is clear of concussion and Rico will be assessed.”

Moments later, the drone hovered into view, forcing Bankes and fourth official Martin Atkinson to order the players off the field in accordance with Premier League rules.

The match resumed at 3.50pm, with Atkinson signalling there were 19 minutes of the first half still to play.

“It was the same for both teams,” said Frank. “I guess if they find the person, he or she will get fined because they disrupted a match.”