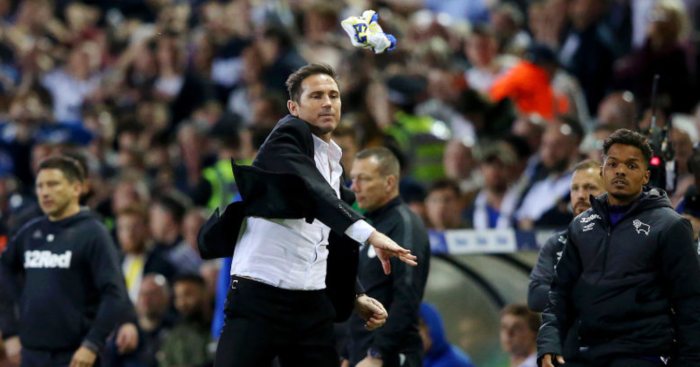 ‘Meaningless rubbish’ were the words used by John Nicholson on April 1 as he bemoaned the blind and predictable use of “he knows the club” as a reason to appoint an ex-player to a managerial role, regardless of their suitability or experience. The piece was headlined ‘Ole success feeds the ‘knows the club’ brigade’, which perfectly illustrates how much can change in football in just seven weeks.

John wrote at length about Frank Lampard, who was being championed as the next Chelsea manager after the squeakiest of wins for the Blues in Cardiff had seen the fans revolt even in victory, even as Maurizio Sarri’s team were just a point away from the Champions League spot that was their realistic target at the start of the season. “We want Sarri out,” chanted the fans, and the media lapped up the noise as the majority made little secret of their desire for Chelsea to throw their jockey once again.

Now here we are on May 21, little over a week since Chelsea secured a third-place finish that has been bettered only twice in the last eight seasons, and just over a week before a Europa League final, and all the noises coming out of Stamford Bridge are that the Blues will part company with Sarri this summer regardless of what happens in Baku. The fans hate the metronomic, often toothless football – and Sarri’s lack of charisma and rapport with supporters – and, as usual, there is talk of ‘senior players’ unhappy with the manager. There is death, there are taxes, and there are senior Chelsea players unhappy with their manager.

There have been inevitable links with outgoing Juventus coach Max Allegri, but what fool would walk away from Serie A success to take over at Chelsea, having seen this club, these players, these fans, maul two Italians in three years? Allegri talks of looking for “a project that convinces me”, and absolutely nobody would describe Chelsea in those terms. After four years at Milan and five years at Juventus, Chelsea’s rampant short-termism should repudiate Allegri, even if he can somehow see past the prospect of a transfer ban.

In October I argued that Chelsea must allow Sarri to fail – with ‘failure’ being defined by the inability to deliver the title, a ‘failure’ they had only previously allowed Jose Mourinho – but it has become painfully clear throughout this long season that this is a partnership with no real future. Should Sarri leave Chelsea this summer – with his reputation entirely intact in Italy, it should be noted – it will be a blessed relief to all concerned; this was a union entirely without chemistry. That it will end in relative success is almost miraculous.

Back to Johnny and those words he wrote seven long weeks ago: ‘Lampard ‘knowing’ Chelsea is, if anything, even more bizarre because there is no distinct Chelsea style of anything other than, ironically enough, regularly defenestrating managers. So they are asking Lampard to take the job because he knows the club sacks managers very quickly. Madness.’

Or not madness at all but absolutely perfect; the exception to the ‘meaningless rubbish’. This is surely the one club where inside knowledge is priceless. Who better to manage Chelsea than a man who played under nine Chelsea managers in 13 years? Who better to appease senior players than a former senior player who helped ease several managers through several windows? He knows this club, this owner, these fans, some of these players and their motivations. Nothing about Chelsea will surprise a man who knows first-hand how they were simultaneously the best in Europe and the sixth-best in England.

If any manager really will be allowed to fail it is Lampard, who is already beloved of a Chelsea fanbase who have savaged older managers laden with experience and trophies. They know him, he knows them, and somehow they still love each other. Familiarity has not bred contempt but a desire to be reunited; Lampard may well be the only man in football who glances towards Stamford Bridge and sees a dream job. And that comes not from a place of ignorance but a place of knowledge about this most dysfunctional of clubs, where the players and the fans have a managerial job-share.

He knows this club with all its lurches and foibles. And for once that’s not meaningless rubbish designed to appease PFMs and patriots, but a very real reason to give the man a chance.