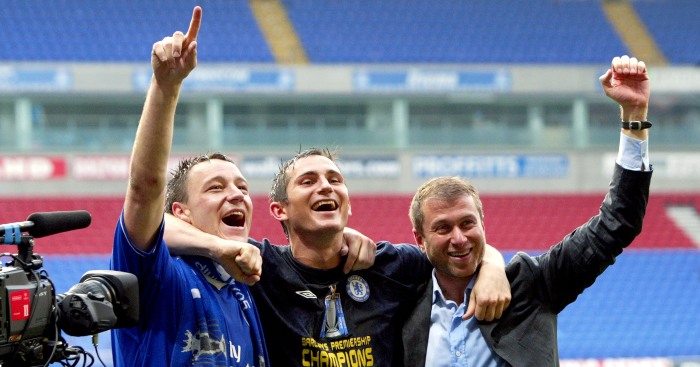 There’s no question that Frank Lampard was a fantastic footballer and has gone down in history as one of Chelsea’s very best. Quite why this made him a good enough manager for an elite club at this stage in his non-playing career is a mystery. Obviously, no-one without his playing career at the Blues would have been offered the managerial job, but that makes no sense; if you’d have rejected every other candidate who had an unremarkable year at a Championship club, then why employ this one?

There’s no good answer to that. The hoary old classic about players wanting to play for ‘a legend’ and attracting ‘big’ names  is certainly not true in an era when we have seen massive success from managers who were average players or not players at all.

There must be a desire from club officials and owners to placate or please fans with short-term decisions like appointing a popular former player. It must be infuriating for managers who actually have achieved something to be usurped by a Lampard-like figure who has done little or nothing.

But then, we seem to live in an age where meritocracy has, in so many walks of life, been replaced by a toxic mix of plutocracy and nepotism.

There was nothing at all to suggest that Lampard would be a great Chelsea manager, in the same way that there was nothing to suggest Dido Harding would be great at organising an efficient test and trace system. But she was married to a Tory MP and had the right connections in the right circles. The fact it has cost us £22 billion and has been anything from inefficient to a royal f*cking shit-show, depending on who you believe, will no doubt be brushed under the carpet as she falls upwards into another well-paid responsible position in the future that she will be equally unqualified for. And she isn’t even actually called Dido.

Given pretty much all managers are gone within 18 months to three years, maybe it doesn’t matter very much. It’s only football and not in the heinous Harding’s case, life or death. Maybe the pleasure seeing him in the dugout gave Chelsea fans was worth it. And it doesn’t really matter if the club doesn’t win anything, really.

You can argue that giving someone inexperienced a big job is actually a positive thing because how else will anyone get the experience to be any good at such a job? The problem with that argument is that all it does is entrench inequality and privilege.

After all, if Chelsea had, on principle, wanted to employ an inexperienced manager from the lower leagues, there are loads of them out there who were a better bet. But of course, that’s not what the appointment was about. It was about Frank. About him. About this former player being the head of the club, regardless of pretty much anything.

But now Chelsea are so average, not playing very well, only two points better off than Arsenal having thrown a tonne of money at the squad, it all looks like a weak decision in the extreme. His status with fans means he will get a few months longer at not being good enough than someone who hadn’t been so successful for the club would, but ultimately it is all only going one way. I know it, they know it, we know it, even Frank probably knows it.