Home Chelsea Lampard: Chelsea ‘dominated every aspect of the game’ 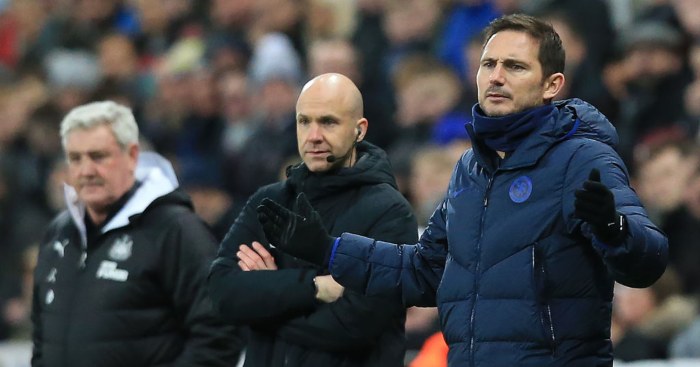 Frank Lampard thought Chelsea “dominated every aspect” of their 1-0 defeat to Newcastle United on Saturday evening.

Isaac Hayden headed the returning Allan Saint-Maximin’s cross past Kepa Arrizabalaga four minutes into stoppage time to send the home fans among a crowd of 52,217 at St James’ Park into raptures.

His first goal since February last year clinched a win on a day when Joelinton had hit the crossbar with a first-half header, but Martin Dubravka had to make a vital one-on-one save from N’Golo Kante as Chelsea dominated without ever being able to find the killer touch.

Lampard told BBC Sport: “We dominated every aspect of the game. They hit the bar in the first half but the rest of the game was ours, except scoring.

“Newcastle defend their box, you won’t make too many clear-cut chances against them. We controlled the game, we were at the end of their box. At 0-0 I was going to say to the lads that they gave everything. But if we want to go to the next level we have to take chances and score in these kind of games.

“Even in the first half, there’s one team you feel that is pushing. We were trying everything, the lads have got their heads down in there. But the brutal reality of football is if you don’t score, teams stay in the game and something like that happens at the end.

“This is the reality of football. We have had more possession than any of our opponents in every game this season, it is a sign we have a lot of the ball but we are not scoring enough. And if we want to look upwards I know that we need to address that.”