Chelsea boss Frank Lampard says he "wasn't overly delighted" with one position in their victory over Palace. 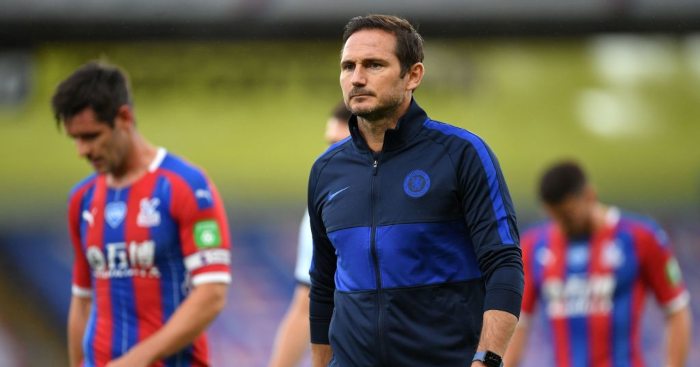 Frank Lampard says he “wasn’t overly delighted” with his Chelsea midfield during their 3-2 victory at Crystal Palace on Tuesday night.

The Blues were in cruise control after Olivier Giroud and Christian Pulisic struck, but Wilfried Zaha ended his goal drought to give the hosts hope.

Substitute Tammy Abraham added a third for Frank Lampard’s side before Christian Benteke’s tap-in set up an intriguing finale.

But Chelsea held out to strengthen their hopes of Champions League qualification.

Jorginho replaced Chelsea youngster Billy Gilmour with ten minutes left on the clock and when asked about their contributions, Lampard said: “I wasn’t overly delighted with the midfield but I thought that Billy did okay today.

“It doesn’t mean anything about his future. I know that he has more to give to us in the future.”

On Abraham and Pulisic, Lampard added: “He took it well and it will be big for him. Tammy was desperate for goals.

“I knew the talent that Christian has. It’s a physical lead and he has come in and been great for us. The quality for us and the end product is great.”