Frank Lampard has looked like a bystander to chaos at Chelsea. Until now... 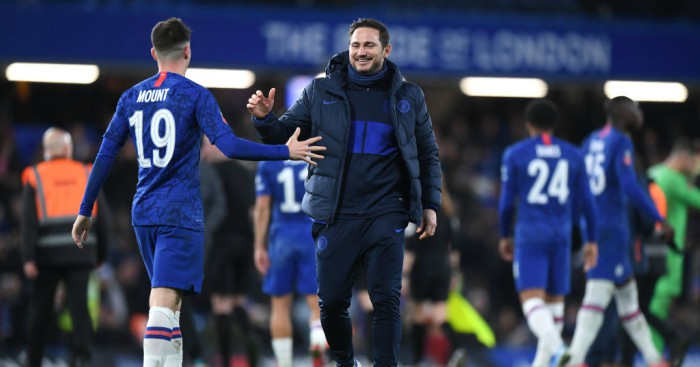 Too often this Chelsea season has appeared to be simply happening in the vicinity of Frank Lampard, likeably doing his serious point…joke…but seriously schtick while the Blues lurch from victory to defeat to disappointing draw, bemoaning the errant finishing of his forwards and the individual errors of his defenders and goalkeeper. Maybe he expected sympathy – and there has been plenty of that as the brilliant Eden Hazard has been not quite replaced by the crocked Christian Pulisic – but it has also provoked a response of ‘well it is your job to do something’.

In the last ten days, Chelsea have deservedly beaten Jose Mourinho’s Tottenham at Stamford Bridge, been utterly outclassed by Bayern Munich at the same venue, dropped points with their predictable unpredictability in Bournemouth and now – circle complete – they have outplayed a stumbling Liverpool to advance in the FA Cup with a performance that might be their finest of the season. And this one felt like it truly belonged to the manager; this time he was no bystander to chaos but was instead the conductor of a rhapsody in blue.

There were pre-match questions about his starting XI. Marcos Alonso in a back four? No place for Reece James? Billy Gilmour pitched against the champions-elect? Ross Barkley recalled after his nadir against Bayern? No Jorginho? Pedro and Willian preferred to Mason Mount? There were six changes from Saturday’s draw on the south coast and every one was justified, not least the inclusion of the magnificent Kepa. Nobody’s cockles can be left cold by his celebration after a stunning triple save.

It was particularly brave – but astute – to include Gilmour, who has the face of a 14-year-old but the brain of a veteran, calmly breaking up play, surging forward, protecting his defence and playing pin-point balls to Chelsea’s forwards. If you were giddy you would talk of Andres Iniesta; more realistically, he could be Dennis Wise without the crazy. There was never a moment when it looked like a mistake to put him on this gilded stage.

If the personnel was perfect then the plan was even better. It was clear within 20 minutes that Chelsea were going to utilise long diagonal balls to expose Liverpool’s high line and the inexperience of their right-back, while runners would emerge from deep to catch the Reds defence flat-footed. And out of possession they pressed with a ferocity and consistency too rarely seen this season. The first goal owed much to Adrian’s poor goalkeeping, but it was also testament to Chelsea’s determination to press high. They deserved the lead and they later deserved to double that lead, having successfully neutered a Liverpool attack far too reliant on Sadio Mane, who was lonely in his excellence.

That Liverpool’s last shot on target came in the 31st minute is damning, and it’s inevitable that the fall-out from this game will focus on their failure, but this is a night when we should absolutely credit Lampard and his Chelsea team for formulating and then executing a plan that brought a first clean sheet in nine attempts and a victory that might just signal his arrival as an elite coach.