Home All The News Lampard could be sacked if Chelsea finish third, says ex-player 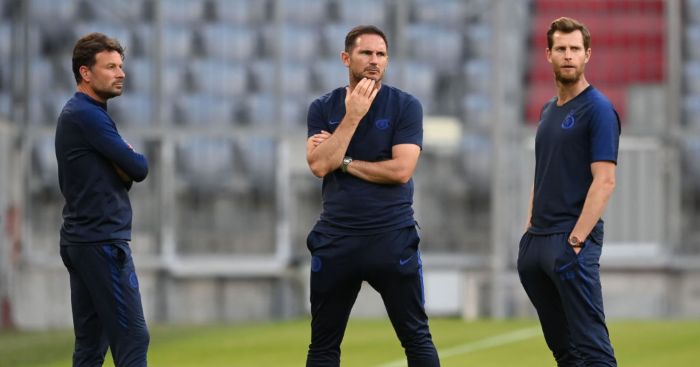 Chelsea manager Frank Lampard could be sacked if they fail to challenge for the title, according to former Blues player Tony Cascarino.

They finished fourth in the Premier League during the most recent campaign, behind Liverpool, Man City and Man Utd.

That was Lampard’s first season in charge. The Englishman did well to revitalise the side in the aftermath of their transfer ban and the sale of Eden Hazard.

Lampard has had the full backing of owner Roman Abramovich this summer, however, and has signed numerous big players.

The huge spending spree means expectations will be much higher, according to Cascarino.

Speaking on TalkSport, he said: “Frank will be fully aware that him getting that investment means there’s a different challenge now.

“He will know the expectation won’t just be qualifying for Champions League football. That was the expectation last summer, and if they managed it with a transfer embargo then it’s a bonus.

“But that’s not the challenge now. Now it’s guaranteed top-four, but really they’re giving him the funds to challenge for the top-two.”

Chelsea have been the biggest spenders in the Premier League this summer. Although Silva and Sarr were signed for free, they spent over £130 million on the other three players.

Arsenal, Man Utd and Liverpool have all spent under £20 million so far. Man City and Spurs are the only clubs who have invested in their squads almost as much as the Blues.

Cascarino went on to say: “They lost in the FA Cup final to Arsenal, and Frank would have had a conversation with the powers that be about how they can challenge Man City, Liverpool, Manchester United, Spurs and Arsenal.

“That brings more pressure and Frank will know that, but if he doesn’t reach their expectations and goals then he’s not going to be manager of Chelsea next year.

“If they lose 17 games in a season he won’t be Chelsea manager.”