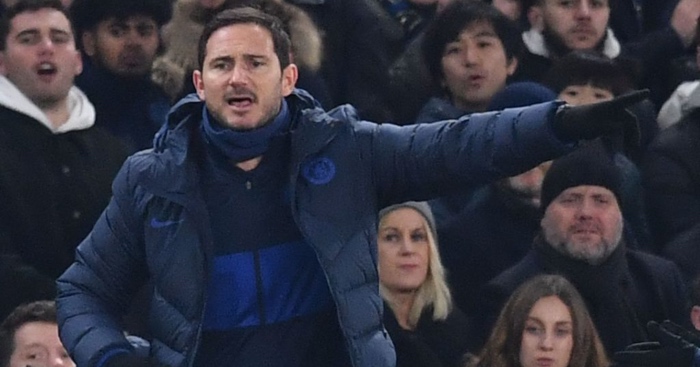 Chelsea boss Frank Lampard was again left frustrated at his side’s missed chances in their 2-2 draw at home to Arsenal.

The Gunners went down to ten men after just 26 minutes when David Luiz was sent off for bringing down Tammy Abraham in the box after a shocking error from Skhodran Mustafi.

Jorginho stroked in the resulting penalty to give Chelsea the lead, but the Blues looked short of ideas after that and didn’t take advantage of their one-man advantage.

And Gabriel Martinelli broke away for the Gunners in the second half to equalise after a slip from N’Golo Kante.

Chelsea thought they’d won it late on as Cesar Azpilicueta tapped in, but captain Hector Bellerin drew Arsenal level again late on as he curled a left foot shot beautifully into the bottom corner.

Lampard told BBC Match of the Day: “Frustrated because you want to win. We got a goal, they went down to 10 men and we have to do better to score another goal.

“Then we didn’t defend and gifted them two goals. That’s people not doing their jobs which they should know. Moments like that lose you points at this level.

“We could have had three or four goals today. Having shots, crosses and lots of ‘ooh’ moments. We have to be clinical. When gameday comes you have to have the killer instinct.

“We’ve not got that at the moment. We might be a bit young and a bit of transition about us but we have to have that quality. It’s nothing on the crowd, that’s about us.”

On buying in the transfer window, Lampard said: “I’m not a massive believer in looking at the age. Do we have to have a better shot conversion, yes. I have spoken about that a lot.

“You can’t say we will definitely sign a striker this month but we are looking because there is a fine line in football.

“If you don’t score enough goals then you won’t win enough games.

“It’s a tough run coming up. It’s frustrating because you can’t say we played terribly. That’s just as important though.

“We have to get that right. I am pleased to be fourth but we should have a lot more points with the way we have been playing.”