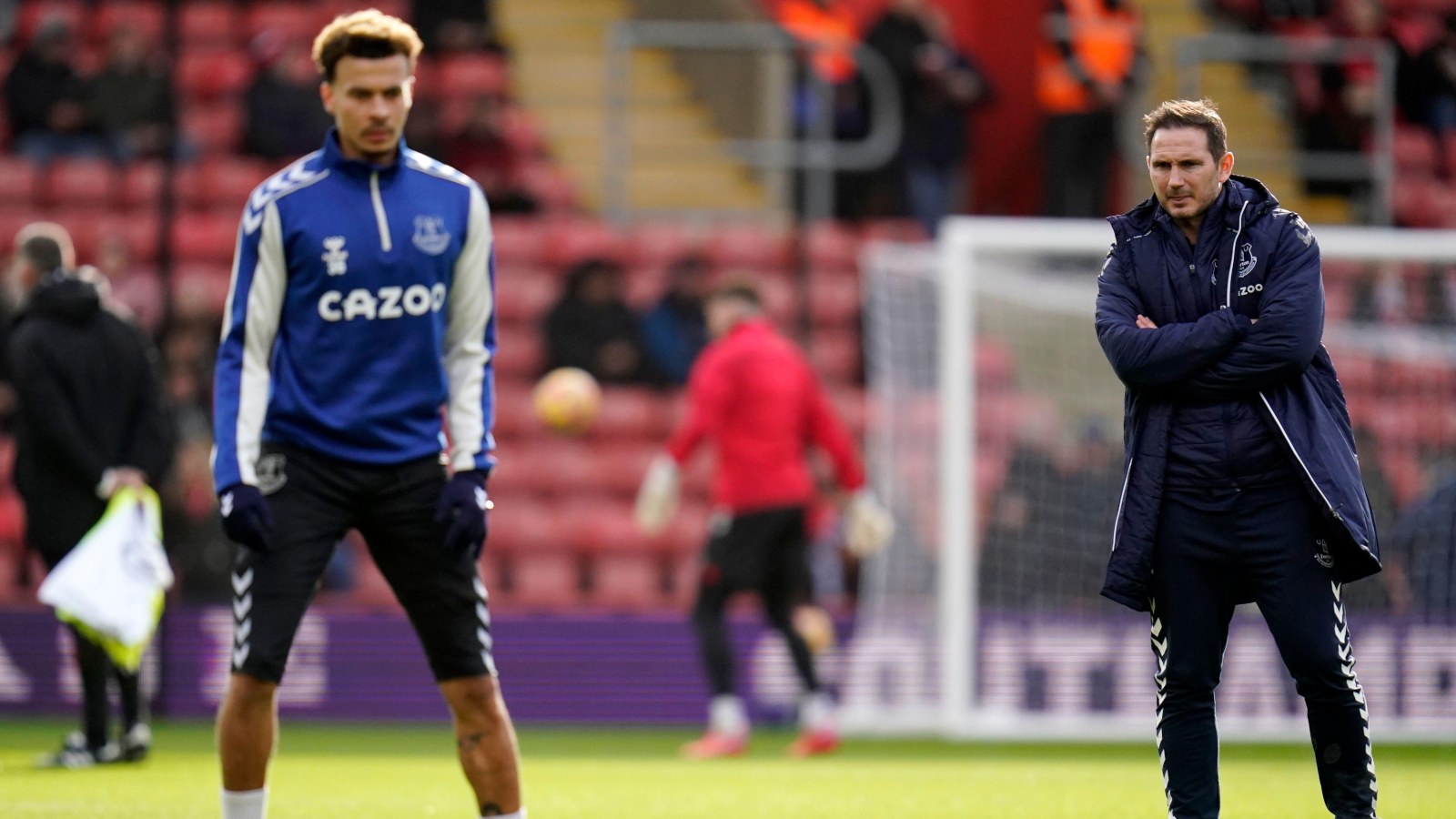 Everton manager Frank Lampard believes he can get the best out of Dele Alli next season despite reports that the Toffees are willing to sell.

The forward arrived from Tottenham on transfer deadline day in January – the same day Lampard was confirmed as Rafael Benitez’s successor – but has made just 10 substitute appearances for the Premier League club.

Lampard alluded to some issues which have contributed to just 264 minutes playing time for the 26-year-old, but arguably, his most valuable spell came as a half-time introduction in the 3-2 win over Crystal Palace which secured their top-flight status.

Alli has struggled for a number of seasons to recreate his best form but Lampard is confident he can pull more performances like Thursday’s 45-minute cameo.

Tottenham are due to receive a small bonus if Alli completes ten matches for the Merseyside club and would reportedly land £10m if he plays 20 times, but there were reports this week that he will be sold before those clauses kick in.

“To be fair to Dele, in the last two or three weeks he has trained well,” said Lampard.

“I can see in his face he is disappointed sometimes that he is not playing. I am not silly to that.

“But I know his qualities, I saw them and that is why I brought him to the club. People will question why he has not had so much game time.

“There are reasons behind the scenes for that but when it came to the moment, it was a desperate moment for us at half-time and my feeling with Dele is that, because of the levels he has reached in his career so far, he can handle these situations in a game like this, because he has played in the Champions League, he has played for his country.

“Do you question it? Yes, because he hasn’t played regularly. That’s not easy for players. But can he deliver? He showed he can.

“The reality is when Dele came here, I never saw it as a short-term. It had to be a work in progress and that is not easy for a 25-year-old to take and understand.

“This is hopefully a real lift for him. He should take a lift from it because it affected us staying in the Premier League.

“After Sunday (he can) go away and have a really good summer and give everything to reach those levels regularly.

“Because that player we saw there is a really high-level player. That makes me really happy to see and he deserves it.”

Lampard has stressed Everton cannot allow themselves to be dragged into the situation they were in for most of this season, with their 68-year English top-flight stay under threat.

But he admits they cannot just take it for granted they can pick things up next season.

“What right does Everton have to be Premier League-safe every year and that will continue forever more?” he added, ahead of a consequence-free trip to Arsenal.

“There are a lot of decisions that have to be made and performances that we have to do and my job has to be done as well as it can be to make sure that happens.

“We were in that position because we deserved to be. It is important to say that.

“It is a great feeling (to have escaped relegation) but the things we can do to make it better are things we have to work on and effect.”

The huge support from fans at Goodison Park was crucial in their survival but Lampard said they should not have to rely on that in future.

“They have dragged us over the line with that kind of behaviour. But at the same time, we as a club need to start fresh from zero next season.

“It is a nice thing, especially for me, to come in with a pre-season and start at zero rather than looking downwards.”